Saving the past isn't tough if you keep up presently

Home » Saving the past isn't tough if you keep up presently 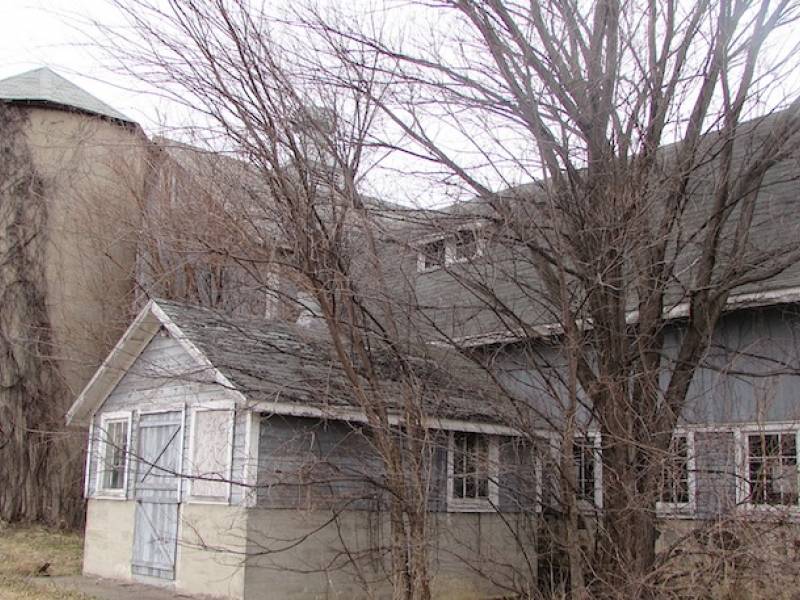 Saving the past isn't tough if you keep up presently

The reason so many historic structures are getting torn down is because saving them is excruciatingly complicated.

Preservation Chicago pointed out that of the roughly 820,154 buildings in Chicago, only 1.2% are protected within local historic landmark districts. That is out of a city that spans 237 square miles. And the fact that many historic buildings are owned by absentee landlords, who neglect regular maintenance in a shortsighted attempt at profitability, does not help.

We've seen this play out most recently in Harvard at the 1855 William H. Coventry farmstead. Once a pristine jewel, a succession of would-be flip artists have left the landmarked farmhouse and barn on the cusp of destruction – despite efforts to save them and return them to relevance.

When Motorola abruptly shuttered its Harvard facility at 2001 N. Division St. in 2003, the future of the historic farm – a poor stepchild to the massive manufacturing facility – grew increasingly unclear.

A Mutual Legal Assistance Treaty between the U.S. and Canada raised questions about who would be allowed to sell the property, which was linked to a criminal case involving its most recent owner, Canadian businessman Xiao Hua Edward Gong.

But the picture has gotten clearer since two McHenry County Circuit Court hearings last month. On Nov. 5, the federal district court in Washington, D.C., granted the U.S. Marshals Service title to the 290-acre property so that it could pursue its sale to a responsible buyer. Gong may not interfere. In fact, he was ordered to cooperate – even to the extent of turning over all offers for the property since Jan. 1, 2019.

The judicial order states the property will be sold free and clear of all interests, claims and liens of any and all individuals and parties to the underlying forfeiture action with a few exceptions. Proceeds will be used to pay about $1 million in back taxes plus makes repairs – an ongoing issue the city of Harvard hopes to remedy when it returns for a McHenry County Circuit Court hearing, slated for 1:30 p.m. Nov. 20.

Some $50 million in repairs may be required to button up the plant and eliminate mold, so it is likely financial considerations from the state will be necessary to make the deal viable. Still, it can get done … if only leaders prioritize it.

Harvard Economic Development Corp. Executive Director Charlie Eldredge is hopeful an auction could occur sometime next spring. But the actual dispensation of the plant and farm could take far longer, said Mary Butler, chief of the U.S. Department of Justice Asset Forfeiture and Money Laundering Section.

The legal entity that owns the Harvard property will continue to be the owner of the sale proceeds, which will then be held in a secure account and restrained from disbursements by court order pending the outcome of the forfeiture proceedings in Canada, Butler said in an email. 

If approved by the court, and acting at the Canadian authorities' request, the property would be conveyed by the U.S. government to a buyer – through a sale of the property in the condition it is in and subject to any liens, covenants or legal restrictions on the title which exist.

Butler said issues concerning ownership of any portion of the property or funds to repair the farmhouse on the property likely would be left outside the new owner's door. If only winter wasn't on the doorstep, as well.
•••
Nationally, a projected 159.8 million Americans went to the polls earlier this month. Experts think the participation rate could hit heights not seen since the beginning of the 20th century, before women gained the right to vote.

According to the McHenry County Clerk, more than 66% of registered voters participated in the Nov. 3 election – nearly three times the number who voted in the March 17 primary – despite COVID, despite all of the distractions on your TV and radio. Whether your candidates won or lost, take pride in the fact that you engaged in the democratic process.

Published Nov. 16 in the Northwest Herald