Sample a historic treat at this year’s MCHS lecture series 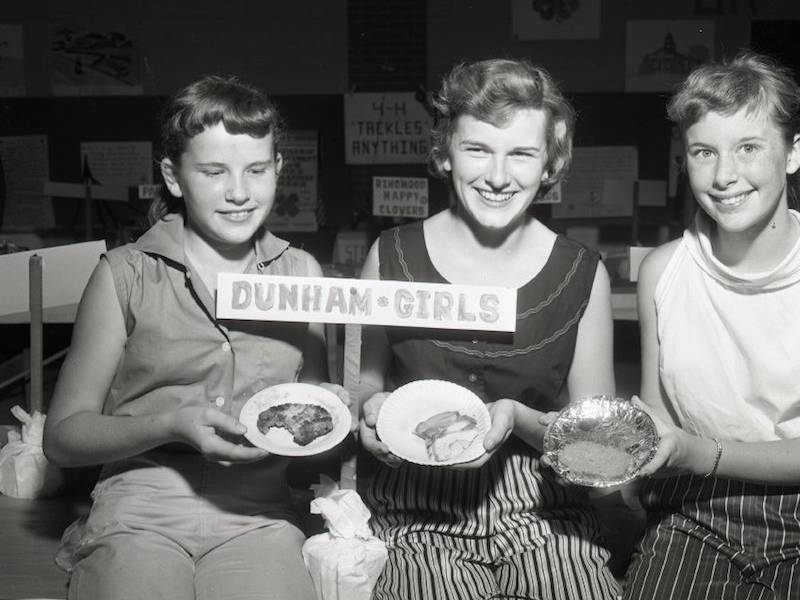 Sample a historic treat at this year’s MCHS lecture series

UNION –  The McHenry County Historical Society’s storied Sampler Lecture Series is back this spring – albeit from a distance.

This year the program – indeed, the entire four-part series – will be offered for free. However, attendees must register in advance on the MCHS website at www.gothistory.org to receive the access code.

Since 2009, Lambrecht has judged heirloom recipe contests on behalf on behalf of the Alliance in Illinois - as well as Indiana, Iowa, Kansas, Ohio, Minnesota, Missouri, South Dakota, and Wisconsin. She hopes to one day expand the effort to include North Dakota, Nebraska and Michigan. The latter, home to Janice Bluestein Longone Culinary Archives at the University of Michigan in Ann Arbor, will preserve the family recipes that Lambrecht has collected and published in her 2018 paperback: Heirloom Recipes from the Illinois State Fair, A Bicentennial Project.

But the project is less about the actual recipe and more about the family stories that surround it. Indeed, the accompanying stories account for half of the score.

“Without the story, there is no context,” Lambrecht said. “Someone can have a really good recipe but if they do not have anything to say about it, it’s not going to win.”

Attendees will be able to follow the judging experience on dishes ranging from cold beet soup to real Italian polenta meat sauce to chocolate sour cream pound cake. Lambrecht will share many of the award-winning recipes and welcomes beloved generational recipes from the audience, as well.

“If nothing else, should we inspire you to document a family’s favorite recipe to share with loved one, then we have accomplished our mission,” Lamprecht said. “ We want to encourage the continued use of family heirloom recipes so that they will live on. … All these things on the internet are really great, but they can also disappear. That is why we have an archive. That is why I put it into a book.”

Heirloom recipes is the first of four programs in the series – offered for nothing more than a free-will donation to the nonprofit McHenry County Historical Society.

Upcoming programs in the series are:

• 7 p.m., Monday, March 22 – Picture Postcards: The Happy Invention. Presented by Katherine Hamilton-Smith, director of public affairs and development for the Lake County Forest Preserves. In America, the first picture postcards were printed for the 1893 World’s Columbian Exposition in Chicago – making Illinois the birthplace of the American picture postcard. Since then, billions of postcards have captured every aspect of life including our social history – from the whimsical to the dark. Hamilton-Smith, has maintained career-long professional interest in archives and museum work – including creating and developing the Curt Teich Postcard Archives, now housed at the Newberry Library in Chicago. Made possible by a grant from Illinois Humanities.

• 7 p.m. Monday, April 5 – Historic Instruments of Illinois. Chris Vallillo, a singer/songwriter and folklorist from Moline, has restored and collected Illinois stringed instruments for more than 30 years. He will discuss the development of Illinois instrument building as he performs period music on more than a dozen historic instruments – from handmade masterpieces to $3 mail-order gems.

From homemade dulcimers and fiddles to mass produced guitars, banjo’s, mandolins and pianos, Illinois –specifically Chicago – has been deeply involved in the creation and production of stringed musical instruments. After the Great Fire of 1871, as Chicago began to re-build, it quickly became a national center in musical instrument manufacturing, sales and distribution, particularly with the introduction of the mail order catalogs like Sears and Roebuck and Montgomery Wards. Made possible by a grant from Illinois Humanities.

Holst, who has curated more than a dozen exhibitions during her more than 15 years in the field, will highlight examples of garments and artifacts from the Illinois State Museum’s collection. After the presentation, the audience will have an opportunity to share their own clothing experiences and reflect on more modern attitudes about apparel – such as “fast fashion” and discarding vs. mending.