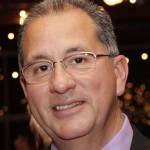 Born and raised in Chicago, Rob moved to Woodridge and finally to McHenry County. He attended Marengo Community High School starting in his sophomore year and then attended Western Illinois University after graduation. He majored in art, with a minor in biology. He's always been an avid photographer.

Rob has served on several not-for-profit boards. However, he always has been interested in history. He focused on local history after seeing the immense collection of indigenous American artifacts one of his high school classmates  collected in his field – adjacent to his own property. Conversations with several of his elderly neighbors followed. They lived on original land grant homesteads in log cabins, right in Rob's neighborhood within Coral Township.

The legend of the lost Coral Village (Indigenous summer camp or permanent village) really cinched it!

Rob has worked at several roofing companies during and after college, as Union Local 11 journeyman and foreman. Then heI moved to roofing and waterproofing product manufacturers and consulting firms as president of Anthony Roofing, one of the largest roofing concerns in the Chicago market. He also worked as vice president of operations and director of field operations for Bluefin LLC, where he also served as senior consultant; and now for CETCO, which stands for Colloid Environmental Technologies Co. A division of AMCOL (NYSE ACO), Rob manages technical services for the Building Materials Group/North America.