Preserve the past, be it paper or prairie style

Home » Preserve the past, be it paper or prairie style 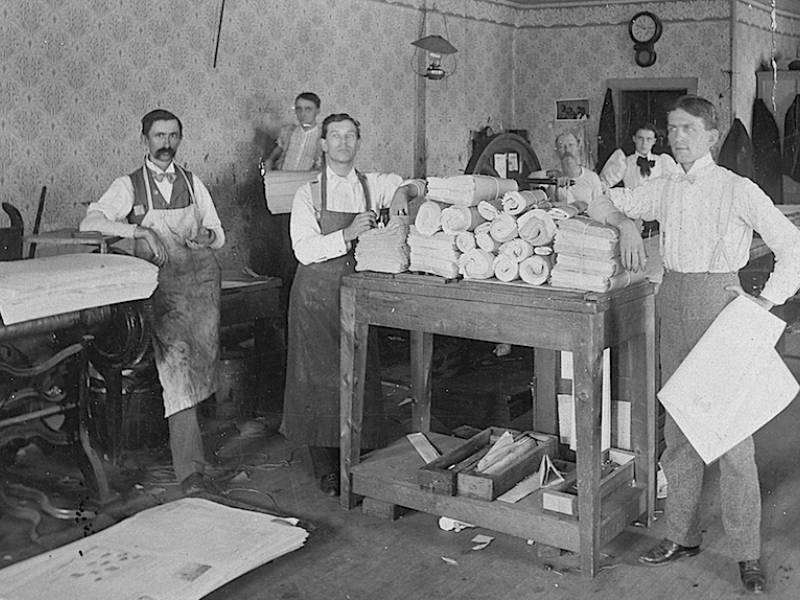 Preserve the past, be it paper or prairie style

Newspapers and the communal history they chronicle are disappearing – not only current mastheads, but the many publications that have been relegated to memory.

While we Instagram each other (yes, folks, it’s a verb now), newsprint is turning to dust before our eyes.

The McHenry County Historical Society and Museum recognizes this threat. Spearheaded by its library committee, MCHS began investigating how we not only could preserve this information in an accessible way for the public, but also raise the money necessary to do the job.

Our pilot project was the Richmond Gazette/Nu Vue News. MCHS had unbound selected issues from 1880 through 1950, two issues of 1961 and a fairly complete run from 1963 through mid-1985. We then tackled the McHenry Star and, most recently, copies of a half-dozen Marengo newspapers dating as far back as 1856. We supplemented our archive with an additional 12 rolls of microfilm from the Marengo-Union library, dating from 1872 to 1923.

Papers printed through 1923 are considered in the public domain and free of copyright protection. Many newspapers, particularly nowadays, are committed to “monetizing” earlier editions and, as such, have sold the rights to subscription-based services.

As a grass-roots, nongovernment supported nonprofit, the McHenry County Historical Society instead opted for inclusion. Our online archive – supplemented by issues of the McHenry Plaindealer, digitized by the McHenry Public Library and shared with us – is absolutely free.

All a user has to do is sign off that he or she is using the material for “noncommercial, educational and personal use only” and not to make a buck at our expense. And it is easy to access. Simply visit www.gothistory.org and click on “Newspaper Collections” on the homepage.

The digital archive, scanned by Northern Micrographics of La Crosse, Wisconsin, allows users to search by publication and then digitally cut and paste material. The scans only are as good as the originals, so it’s not perfect. But it is a rare and vitally important archive for genealogists and historians now and in the future.

Those wishing to support MCHS’s newspaper project should send their tax-deductible contributions to the McHenry County Historical Society, P.O. Box 434, Union, IL 60180. Make sure to write “Digitization Project” in the memo.

• • •
In recognition of the state’s bicentennial celebration, the Illinois Secretary of State’s Office has created a new online exhibit accessible at www.cyberdriveillinois.com/departments/archives/online_exhibits/100_docu....

The online exhibit includes documents covering everything from the passage of the Civil Rights Act of 1885 to a humorous document featuring Gov. Adlai Stevenson’s veto of legislation requiring cats to be on leashes. Other high and low moments are highlighted, including the passage of the Illinois Suffrage Act, the passage of the 1853 Black Laws and an 1813 act prohibiting trade with Native Americans.

The 1818 Illinois Constitution gave voting rights only to “white, male inhabitants above the age of 21.” Voting rights for men were expanded in both the 1848 Constitution (where more offices were made elective) and 1870 (where African-American men were granted the right to vote).

The 1891 act enabled women to vote “at any election held for the purpose of choosing any officer under the general or special school laws of this state,” i.e., school boards. The law was the first in Illinois that allowed women to vote in an election. Because this legislation limited which elections women could vote in, it meant that women had to use separate ballots than men when voting.

In an age when politics dictated waiting until May of this year before Illinois ratified the Equal Rights Amendment to the U.S. Constitution, it is important to remind ourselves how far we’ve come. The U.S. Congress approved the amendment in 1972, sending it to states for ratification.

Thirty-seven of the required 38 states have signed on. Holdouts include Missouri, Utah, Arizona, the Mid-Atlantic states and the Gulf Coast.

Illinoisans have an opportunity to choose the 200 greatest people, places and things for state history in online voting. The project is being coordinated by the Abraham Lincoln Presidential Library and Museum, State Journal-Register and the Illinois Bicentennial Commission.

Visit www.IllinoisTop200.com to vote. You can vote every day during a two-week window, and then start on a new category. By the end of the year, these 20 categories will be covered: movies; businesses; inventions and innovations; buildings; historic sites; scenic spots; museums; books; writers; worst tragedies; musicians; artists and architects; actors; entertainers; athletes; trailblazing women; and unforgettable moments.

The current category is scientists. Options include R. Bunkminster Fuller and Enrico Fermi. (Don’t worry. There is an explanation of who the choices are and what they did.)

The public is invited to the Sept. 29 plaquing of the historic Dan and Lorena Andrew House by the McHenry County Historical Society and its Historic Sites Committee. The 60-year-old Andrew House was created by Woodstock architect William Fyfe. Fyfe grew up in Oak Park, where he was surrounded and inspired by many Frank Lloyd Wright-designed homes.

The program begins at 1:30 p.m. at 441 Lawndale Ave., Woodstock. The current owners are Ray and Cindy Bock. The couple bought the house in December 2000.
Plaquing a historic site or structure is an excellent means of calling attention to the heritage of McHenry County. Once plaqued, the plaque will remain with and on the structure or site – unless drastic alternations undermine its original intent. For information, visit www.gothistory.org.