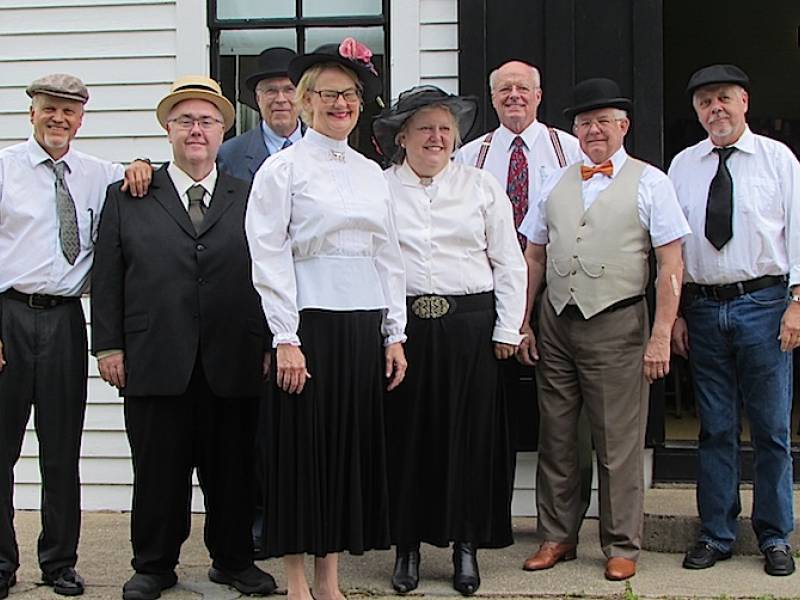 Shall We Give A Dam or Not?

Our  Perkins Hall Players presented “Should We Give a Dam or Not?” June 20 ... fittingly, on the only dry day we've seen in some time. An enthusiastic audience peppered Sen. William Lorimer (Craig Pfannkuche) with questions concerning a proposed Fox River dam in McHenry during the re-created 1911 meeting. Ironically, many of the same concerns about flooding, use of tax dollars and transparency back then continue today. Even now, recreational boaters, tourism-related businessmen, fishermen, farmers and riverfront property owners frequently are at odds.

Narrator Kurt Begalka left the audience with this summation:

In 1908 the Fox River Navigable Waterways Association decided that the existing experimental dam should be replaced by a more permanent structure. The cost, estimated at just under $10,000, would be born locally.

In April 1929, following two years of wrangling and hand-wringing, it was decided to locate the new dam in McHenry and not on or near where the Nippersink Creek entered Pistakee Lake.

In May 1929, the Illinois Legislature approved re-appropriating $170,125 and one cent for the construction of a dam in the same location as the 1912 steel version. The Legislature appropriated the money two years before but only a few thousand was spent repairing the old wood dam and it was necessary to re-appropriate the balance. In a meeting they agreed to keep it in the same place.

Following major damage to the dam from a July 1938 flood, the state let a contract in 1939 to build a more modern dam with a gated flow section and a fish ladder. No lock was included at that time, but it was designed in such a way that a lock could be added at the east abutment should conditions in the future warrant it. In 1958 these conditions, including increased boat traffic and completion of a 100-foot-wide navigable channel downstream of McHenry to Algonquin, prompted a contract for lock. It opened to the public on June 1, 1960. It remains there today.

One parting thought: In 1912 water lilies and lotus were abundant throughout Lake County – especially in Grass Lake. By the 1920s, lotus islands and open-water holes were connected by narrow channels cut through by resort owners. High water levels were blamed in 1924 for destroying plants in Fox Lake.

By 1947 resort owners on Grass Lake wrote to the governor complaining that the lotus beds were shrinking, resulting in poor fishing and hunting, and a slump in business. Once small recreational motorboats arrived in the 1950s and ‘60s, the effect on the environment was almost immediate. Aerial photographs in 1954 showed a marked decrease in lotus bed acreage with just 65 acres left in Fox Lake.

Was it the deeper channels created by resort owners, increased boat traffic or the higher water levels caused by the dam that doomed the famed lotus beds and their popular tours? I’ll leave that up to you to decide. 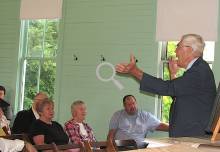