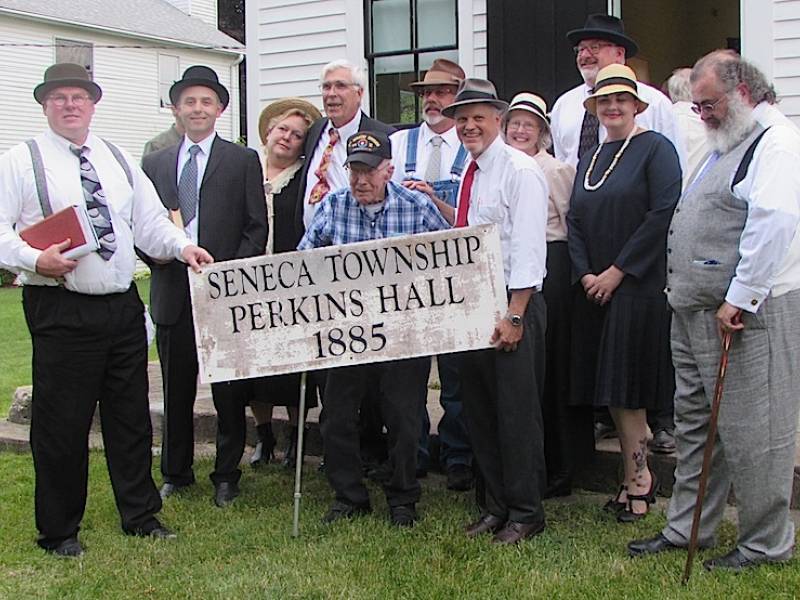 It is 1920 and the United States Bankruptcy Court has called a meeting of creditors for the Fox River Pearl Fisheries in McHenry – which during the previous month had involuntarily filed for bankruptcy with Northern District of Illinois’ Eastern Division in Chicago.

Creditors range from John P. Weber, who sunk more than $10,000 into the venture, to lumber and dredging companies, to Luther P. Bostwisk  – who it is said devised the “secret formula” for growing pearls in clams. But there also are scores of farmers also affected.

Many of you are here tonight and still others likely are known to you personally.

The situation is made worse by a number of allegations that have surfaced regarding a pillar of the Woodstock community, banker Fremont Hoy, and his two sons – Clarence and Kevin. Allegations of mishandled funds, theft, and various financial “opportunities” that include starting another pearl fishery in Florida and a scheme in which they boasted of being able to regulate the output of certain shoe factories in order to artificially raise prices for investors.

The story dominated newsaper headlines throughout 1923 and 1924.

In mid-February 1923, Fremont and Clarence Hoy, as well as J.C. Holly, were forced by stockholders to retire from the Fox River Valley State Bank in McHenry. The three, combined, owned 247 shares of stock, for which they were paid $27,000. William Welch, who in 1924 sues the pearl fishery company in an effort to collect $10,000 he invested, is elected one of the banks’ new vice presidents. His attorney? No other than Fred B. Bennett. Ironic.

Later that year, Fremont Hoy is indicted on charges of embezzlement and larceny in connection with promotion of a scheme to grow artificial pearls in Fox River clams. He is accused of defrauding investors of $300,000. That and other misdeeds earns him a sentence of 10 years in prison following a trial on March 8, 1924, in Woodstock.

It was among well over a dozen indictments brought against Fremont, Clarence and – to a lesser degree – Kenneth Hoy and their compatriots. Charges included the theft of Liberty bonds, land, other assets entrusted to them as collateral for loans. More than 75 witnesses were brought before the grand jury in relation to transactions passing through the Ringwood State Bank and Fox River Valley State Bank.

The Woodstock American characterized it as “bare-faced dealings with others’ money and their manipulations to gain possession of their friends’ lifetime savings.”

Ironically, Fremont Hoy was paroled in October 1925 after Charles P. Barnes, former county judge, and Vincent S. Lumley had been tried on charges of conspiring to railroad Hoy and his son, Clarence. At first convicted, Barnes and Lumley subsequently were acquitted following a new trial. Hoy died on Aug. 19, 1944, at the home of his son, Dwight, in Des Moines, Iowa – never acknowledging that he did anything wrong.

“I put it with my own funds,” Hoy was quoted as saying. “I was a wealthy man and I thought it was perfectly safe.”