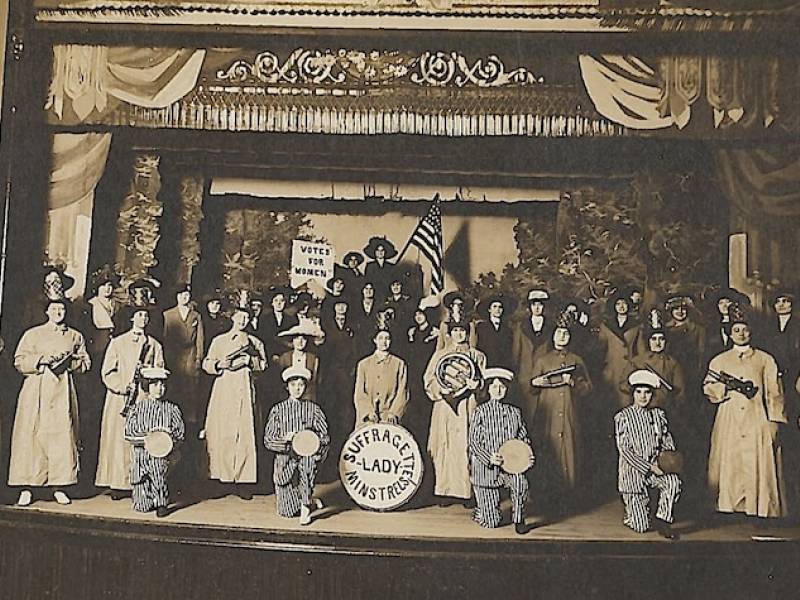 Under the heading of “What Goes Around, Comes Around,” I give you the Equal Rights Amendment.

Even before Virginia ratified it late last year, reaching the required 38 states for adoption, conservative administrations in Alabama, Louisiana and South Dakota filed suit to keep it out of the U.S. Constitution. Whereupon three other states – Virginia, Illinois and Nevada – filed suit to compel its inclusion.

All of this raises a fundamental question: In the 90 years since activist and suffragist Alice Paul first proposed the ERA – which bans discrimination on the basis of sex – how far have we really come?

Thirty-five states ratified the amendment in 1977, but it took until 2017 and 2018, respectively, for Nevada and Illinois to act – well past the 1982 deadline imposed by Congress. The Justice Department argued that the only way to ratify the amendment is to start the process over again, but proponents insist that David Ferriero, the archivist of the United States, lacks the discretionary authority to shelve the amendment indefinitely.

At 7 p.m. Monday, March 9, historical dramatist Leslie Goddard will bring Alice Paul to life as part of the McHenry County Historical Society’s Sampler Lecture Series at your county history museum, 6422 Main St. in Union. The cyclical nature of history continues to intrigue her.

“I think there is so much we can learn,” Goddard said. “We learn how change happens in the world. We learn how people make things happen. The inspiration from the past, for me, is just huge.”

But what about now? At a time of unparalleled divisiveness here and abroad, remembering history makes sense.

“I never doubted that equal rights was the right direction,” Paul said. “Most reforms, most problems are complicated. But to me there is nothing complicated about ordinary rights.”

The book of its kind, offered to the public by the Society of American Archivists, is available online … and perhaps one day, soon, at your local bookstore. Author Margot Note expanded her earlier, self-published version of “Creating Family Archives: A Step-by-Step Guide to Saving Your Memories for Future Generations” at the behest of the Society.

“They’ve wanted to have a book like this for five or 10 years but they couldn’t find someone to write it or write it in a way that was not completely academic,” said Note, a certified archivist and records manager with 20 years of experience preserving and organizing information.

“I found that people are very fascinated about their own history and their own archives, but they don’t know that there is a whole field out there dedicated to this,” Note said. “The book was a way to talk about how the everyday person can take these tips and techniques that professional archivists use and put them to use in their own lives to save their stuff.”

Note said there is a “huge appetite” for this type of information and sharing it with the public has been needed like never before. Despite such common missteps as using ballpoint pens to write names on pictures or laminating items to “keep them safe,” Note said people have embraced digitization as a preservation panacea.

“When they want me to digitize their stuff, what they really mean is to organize it and make it accessible,” said Note, a professor in the graduate Women’s History program at Sarah Lawrence College and an adjunct assistant professor in the Library and Information Science program at St. John’s University. “But in addition to this being a multi-million dollar project, digitized items must be searchable.”

Besides, there is no substitute for the real thing. A tangible object – the feel, texture, smell of it – bring history home.

“There’s something fascinating about the physical, the analog,” Note said. “I don’t see our minds being able to be totally digital. … The artifact of it is really cool.”
For additional information, visit www.margotnote.com.

Spyglasses on the table, my friends: I am a huge fan of mysteries. I was reared on The Hardy Boys” – Frank and Joe Hardy – created by Franklin W. Dixon. I read them all … voraciously – from “The Tower Treasure” to “The Sting of the Scorpion.” Perhaps that’s why I can appreciate the appeal of their female counterpart, Nancy Drew.

Long before the television series – or even Daphne Blake and Velma Dinkey of Scooby-Doo fame, plied their trade – the teenage Drew began sleuthing. Since 1930 some 600 Nancy Drew books have been ghostwritten by numerous authors and published under the pseudonym Carolyn Keene. But now comes the unthinkable. Could Nancy Drew actually be dead?

The forthcoming comic book series “Nancy Drew & the Hardy Boys: The Death of Nancy Drew!” is set to be released in April by Dynamite Entertainment. The idea was to commemorate the publication of the first Drew book, “Secret of the Old Clock,” on April 28, 1930. According to advanced newspaper account, the River Heights heroine supposedly dies while investigating organized crime. Or does she?

It is up to the aforementioned Hardy Boys to solve the mystery. In the meantime Drew fans have been expressing their displeasure on social media, and in turn raising the profile of new series – which of course is exactly what the publisher wants.

It doesn’t take a detective to figure that out.

Advance registration, which runs through Friday, Feb. 21, is advised. The cost is $8 for each object with a maximum of three appraisals per person. Individual museum admission is included with a paid registration. Registration payment can be made with a credit card or check. Check payments must be received within one week of making your reservation; otherwise your time will become available for other appraisals.

Walk-in appraisals on Feb. 29 will cost $10 per object and will be taken on a first-come, first-served basis – pending time and scheduling constraints. For more details and a list of our experienced appraisers, who are graciously volunteering their time, visit www.gothistory.org.

Read more
Milk does the body good ... if you can get it

Masking up to stay healthy