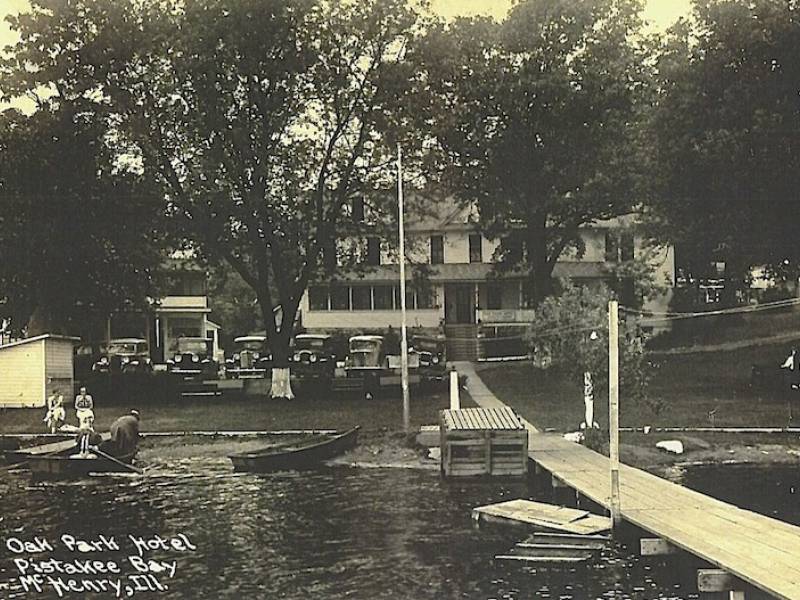 UNION – Turn of the century tourists who ventured to the shores of Fox River/Chain O’ Lakes region of Illinois simply were looking to unwind and soak in the ambiance.

They’d fish. They’d boat. They’d dance. They might even drink some illegal hooch or play the slots. But the idea was to have fun – be it bar hopping with the aid of homemade pontoon boats or listening to the likes of the Bill Kalte Orchestra giving a floating concert out by the old lighthouse on Coon Island.

As homage to the past, visitors can purchase perfume of a similar fragrance during the museum’s season-opening soirée from 6 to 9 p.m. Friday, May 5. The event features a wine tasting offered by the International House of Wine & Cheese in Richmond and Gourmet appetizers by Three Chefs Catering, Crystal Lake. A wine tasting/appetizer package, with a commemorative wine glass, is available for $20. Saxophonist/pianist Dave Childress will play jazz from live '20s-'40s.

The Mineral Spring Hotel, owned by Henry Ericsson on the east side of the bay, purportedly was the first to get phone service at the turn of the century. It also had a post office. But paved roads took a while longer. It wasn’t unusual for those living along the lakeshore to be snowed in for two months, and getting out often required farmers to shovel roads by hand.

“During the first years at the hotel (before cars), people would come with trunks and stay all summer,” wrote Cribben, then age 96, in June 1994. “They came on the Milwaukee and St. Paul to Fox Lake or the North Western to McHenry. … Our first car was an International Harvester two-seater, no top and high buggy wheel. Our next cars were Fords. I learned to drive on a Model T Ford when I was 15. You had to crank it to start it.”

Resort operators had to get creative in order to eek out a living. As Cribben noted, “Business was only for three months – June, July and August. Labor Day was the end. They had to live all year on what they made in summer.”

Winter was a time to harvest ice for the icehouse, do some ice fishing for bass and pike, and perhaps do a little ice skating or ice boat racing.

The Oak Park Hotel took its name from Oak Park Club of Chicago, which owned a small store on the property when Joe Mertes bought it. He ran the Oak Park for 35 years, starting during the summer of 1895. His son, Bill, then took over for the next 30 years. It changed hands a few more times before Tom Fuchs purchased the Oak Park Lounge, located at 801 W. Oak Grove Road in Johnsburg, in 1976. With the help of a partner, he set about tending bar for the first time in his life. Fuchs had worked as a computer programmer.

Among their first finds was a tin ceiling hidden by a drop ceiling over the art deco bar, as well as the natural gas powered lighting and bits and pieces of memorabilia in the basement. The remnants included a black cash register, room tickets in the hotel, a damaged menu and some photographs.

The hotel next door originally had 15 rooms upstairs, over a kitchen, parlor and dining room capable of seating 30. When it first opened kerosene lamps were used in each room, flanked by single or double iron beds, a chair and a small washstand. Cribben recalled the rates were $1 a night, $4 a day or $22 a week. Meals cost a buck. The hotel was turned into apartments over the years. Fuchs rents out eight and lives in the ninth.

Before Mertes built the bar next door, it was located under the hotel (where it returned during Prohibition). The new bar space became a grocery store and meat market for a time.

“He (father) had a good source of beer all summer [and] did a terrific business,” Cribben wrote. “He made enough money that summer to build a house on the hill. He named it ‘Ideal Home’ and to him it was an ideal home.” 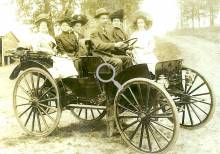