A moment in the present to honor children of the past 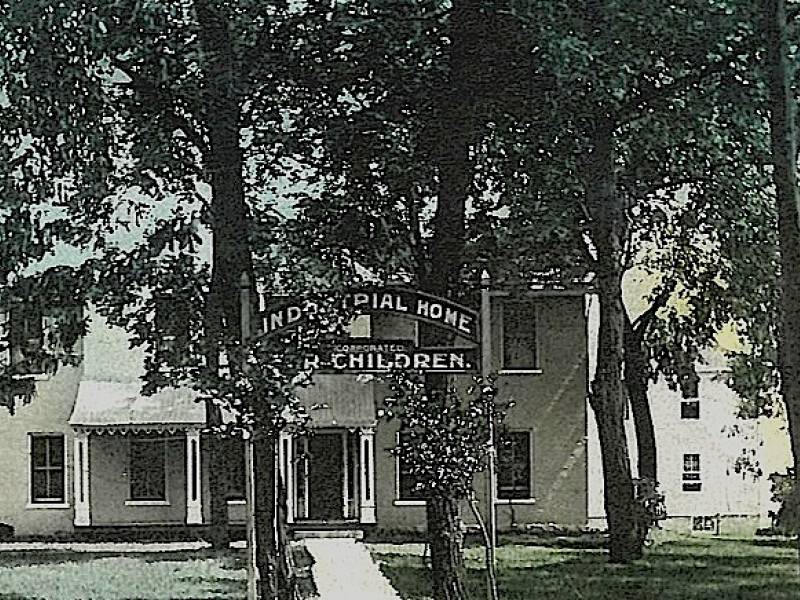 A moment in the present to honor children of the past

May 20
Inexplicably, within two weeks of each other in March 1917, 10 children died and were buried directly behind the mausoleum in Woodstock’s Oakland Cemetery.

Why so many children died in 1917 and 1918 remains a mystery. Were they struck down by an influenza epidemic that swept the nation in 1917? The few death certificates from that time that include a child’s name detail no cause of death. Two exceptions are Jennie Lawton, foster daughter of Ervin and Marguerite Kelsey – who died of measles in 1913 at the home – and infant Edward Mosel, who died in 1926 of ileocolitis.

Another 38 unidentified children from the Chicago Industrial Home for Children died between 1894 and 1926, and they were buried alongside these two. Perhaps they fell prey to scarlet fever or diphtheria, diseases prevalent at this time.

Although we might never know what killed them, we do know who died, thanks to the hard work of three Woodstock women: Gail Sorensen, Pam Moorhouse and Nancy Irwin. Combing through old cemetery documents with the help of Hearthstone Communities, which owns the land where the children’s home was located, the team managed to find the names of 24 children.

At 2 p.m. May 20, these women and other interested members of the public will gather at the burying grounds off Jackson Street to dedicate a monument to the children who died. Within a year, the committee raised about $2,500 in donations for a large marker and recruited Zoia Monument Co. to fashion it. Zoia agreed to provide the estimated 3-foot-square stone at a cost. The graves, although noted in cemetery records, were unmarked … until now.

Founded by Free Methodist minister the Rev. Thomas B. Arnold, the Chicago Industrial Home (later the Woodstock Children’s Home) was located near the northeast corner of Routes 47 and 120. It housed scores of children from throughout northern Illinois – many orphaned and all of them poor – brought to Woodstock as part of the “orphan train” movement.

In spring 1890, widow Roxie Stevens deeded a house and 3 acres in Woodstock to the Chicago Industrial Home for Children – incorporated by Arnold and some of his friends in 1888. Stevens and her husband, Golson B. Stevens, were longtime residents of McHenry County, genealogical researcher Craig Pfannkuche said. She had taught in a one-room schoolhouse in Franklinville before moving to Woodstock in the late 1870s, where the couple joined the Woodstock Free Methodist Church.

“It is said that the operating funds for the new site were financed almost entirely by charitable contributions and from the food grown on the farm – which was a part of the property,” said Pfannkuche, of Wonder Lake. “Arnold did truly believe, as was a commonly held belief, that an open and clean environment was a major factor in raising successful adults.”
• • •
The city of Woodstock is requesting qualifications from interested businesses and individuals to reuse/lease all or a portion of the Old Sheriff’s House and Jail at 115 N. Johnson St. on the Woodstock Square. The submittal deadline is May 10.

This request for qualifications is an opportunity to bring a new use to a landmark, 7,200-square-foot building, which spans three levels. The 1857 courthouse was joined by an adjacent sheriff’s house and jail in 1887.

In the fall, the Illinois State Historical Society unveiled a state historic marker for the Woodstock Sheriff’s House/Old McHenry County Jail at 101 N. Johnson St. It also has been on the National Register of Historic Places since 1974.

However, despite its pedigree, the building has its share of challenges – particularly since Woodstock would prefer not to be saddled with perpetually subsidizing the building’s operations.

A new roof and windows have buttoned up the exterior since the last tenant left in spring 2015. But water damage lingers. Other concerns range from a “crumbling” staircase to marginal egress, an unheated second floor, inadequate restrooms and antiquated wiring.

Condensation from the former restaurant’s coolers contributed to mold growth and damaged plaster, Woodstock city planner Nancy Baker said. Also, many life-safety code upgrades are required – not the least of which is plumbing.

“The expansion of the dining area would trigger additional requirements, including sprinklering the new areas if the occupancy of the restaurant would exceed 100 people,” Baker said.

Baker said the city is willing to negotiate with a “serious” tenant with “some money to put behind [the project].” It could take the form of long-term lease concessions or trading out costs.

For the full RFQ, visit: www.woodstockil.gov/bz/page/rfq-old-sheriffs-house-and-jail-downtown.
• • •
Join the McHenry County Historical Society from 6 to 9 p.m. Friday for its season-opening gala at the county history museum, 6422 Main St. in Union. The event will feature free museum admission, new exhibits, a wine tasting, food, amazing raffle baskets, music by The Corner Boys and an appearance by Sven Mellin, proprietor of the former Bald Knob Hotel on Pistakee Lake. Hear stories while you view the enticing “Waterways and Getaways: Resort Life in McHenry County” exhibit.

Starting in the 1880s, numerous hotels and resorts lined the Fox River – from Algonquin past Fox River Grove, Cary and McHenry into and around the Chain O’ Lakes. The bay area also provided stopping sites such as Bald Knob Hotel, where voyagers could imbibe a “cool one” … even during Prohibition.