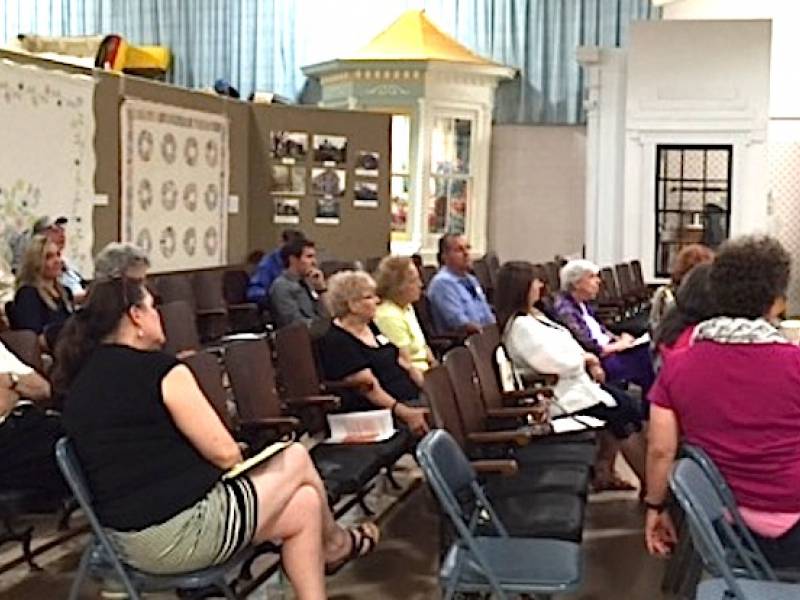 Preservation ordinances can be a hard sell

How do you pass a county historic preservation ordinance? Not very easily, according to those who spearheaded efforts to pass an ordinance in McHenry County.

Adopted by the county board in 2012, McHenry County's ordinance lacks the teeth that many preservationists long for, but it does allow for the landmarking of historically significant properties without a property owner's permission. Once landmarked by the McHenry County Historic Preservation Commission and the county board, those properties earn another level of scrutiny should the current or future owner with to significantly alter or demolish them.

The ordinance does little to circumvent demolition by neglect complaints or interior alterations. Nor does it protect historically significant structures that are not on the county's landmarked properties list. Nancy Fike, former administrator of the McHenry County Historical Society & Museum, and MCHPC member Grace Moline warned Historical Alliance representatives from across Lake County  that the current anti-government, anti-regulation sentiment spreading across the country will make adopting such rules difficult … if not impossible.

"We came in at the beginning of the process," Nancy told the group July 20 at the museum. She added that forming strategic partnerships with government leaders also is critical.

"You need to be in with the big boys before the process becomes confrontational," Nancy cautioned.

Nancy and Gloria recommended that Lake County's pursuit of a countywide preservation ordinance most likely will hinge on several factors, that include:

• Rotate "whiners" – It can't be the same person at every meeting. Recruit new faces to the cause and inspire them to take action.

• Be selective – You can't save every structure; even most structures. In fact, you have to "learn how to lose" and pick your battles. "You can't chain yourself to any old bridge," Nancy warned.

• Educate the public about the importance of preservation and their responsibility as citizens to preserve our heritage. Politicians are fond of referring back to their roots and touting this great land of ours, steeped in history. Nancy encouraged preservation advocates to "hold their feet to the fire" and make them walk the talk.

"If we don't leave something for the young people to see, you're never doing to connect one generation with another generation," Nancy said. "Without an actual building to see, it's just another spot to stop at. That's all it is."