It takes vision to give old mills new life

Home » It takes vision to give old mills new life 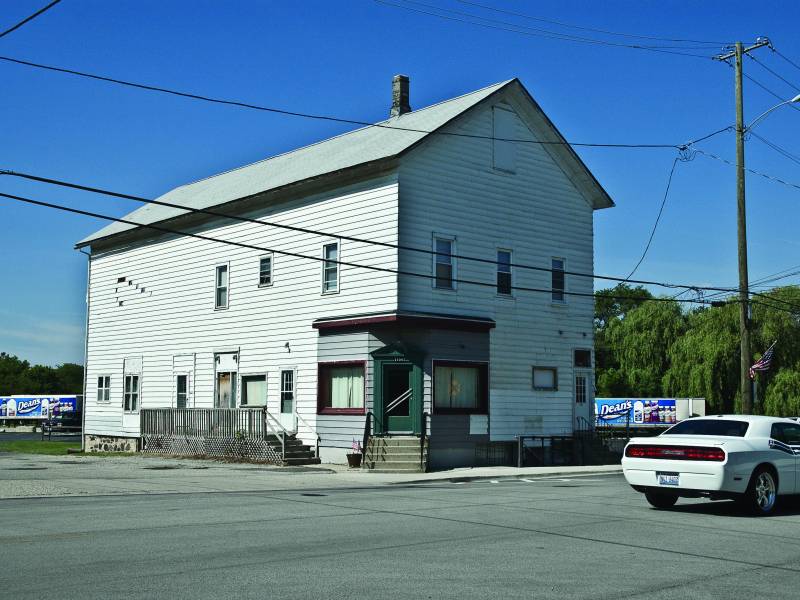 It takes vision to give old mills new life

FEBRUARY 2013 - Examples of old mills repurposed interesting ways are not hard to find: A sawmill turned into a restaurant in downstate Urbana, an 1857 feed mill in Mazomanie, Wis., converted into a restaurant/gift shop worthy of recognition from that state’s historical society; a historic feed and grain building in Loveland, Colo., retrofitted for artist lofts.

The common thread is vision.

Now Huntley has an opportunity to reclaim and realize the potential of what has become a nondescript, white building at the corner of Main and Railroad streets. The village recently bought the Sawyer-Kelley Mill, 11801 Main St. for $115,000 – less than a third of the asking price.

The mill was built in 1892. Despite the presence of grain bins dating to that period – enveloping three apartments and three offices – its time as a mill was short-lived. It became a feed s tore and later, in 1893, the village post office. Postmasters included John T. Kelley, Raymond Kelley an d Wayne Donahue, along with John T. Kelley’s grandson and Raymond Kelley’s nephew.

Wayne’s wife, Carol, recalled a rail spur used to come in alongside the mill for unloading bulk grain and loading bagged feed. On the side of the building, a small porch served as a loading dock for Bowman Dairy when the grain operation was going on.

The Abstract of Title for the property, housed at the Huntley Area Public Library, shows Thomas S. Huntley Jr. sold the property that would become the site of the Sawyer-Kelley Mill to Carpentersville residents William G. and Henry C. Sawyer in 1880 for $300.

Local historian Jake Marino said W.G. Sawyer owned Star Manufacturing Co. in Carpentersville (now owned by Otto Engineering). Unable to buy the Latimer Brothers’ Mill in Huntley, on w hat is now a Mill Street parking lot for Dean Foods, he built two others. One would become Sawyer- Kelley Mill on Main Street and the other is Marlowe Feed Mill and Hatchery, which was built just north of Main Street on Route 47 in 1898 by John Weltzien. The Marlowe-Feed Mill was sold and disas sembled in 2011.

It has survived a fire in the 1960s and the increased potential of other fires because it was a mill. According to the Great Lakes Chapter of Society for the Preservation of Old Mills, grain dust on milling equipment would start to decompose and produce enough heat to burst into flam es. Multi-level flour mills were built in the 1840s and 1850s usually burned within 10 to 20 years.

Information about how the Sawyer-Kelley Mill operated has been lost to time, but SPOO M’s description of a multi-purpose mill, which ground cornmeal and wheat for flour, most likely is close to the mark:

“First, the wheat must be cleaned. This is done by shaking the wheat over a screen that is only large enough to let the wheat pass through. The next step is to scrub the wheat. The wheat is transferred via elevators into a ‘smut’ machine that scrubs off the fuzzy exterior of the grain. The remaining dust and dirt is removed from the wheat in a ‘winnowing’ machine that pulls out the waste residue. Once the wheat is cleaned, it is stored in a hopper until the miller is ready to grind it. “

... It was necessary for the mill to have at least three levels. Cleaning, scrubbing, storing grain, grinding, sifting and storing the bagged flour required a multi-level complex to accomplish the various stages of processing wheat into flour. Each mill would be built to suit the demand that the miller thought would satisfy and serve his customers. Storage was a major consideration. If the farmers needed the mill to hold large quantities of grain, the miller had to accommodate that demand by building storage bins and hoppers.”

The Sawyer-Kelley Mill has survived. Its solid fieldstone foundation and substantial beams have housed a feed store, barbershop, law office and a newspaper office over the years, supplemented by a modern electrical service and a substantial parking lot in the rear.

But some village trustees have talked about razing the building to expand that lot. T he notion of creating a small park with a monument hardly seems a fair trade, especially when you consider the hole it will leave on the square.

Huntley historian Mary Manning pointed out if the building goes down, there will be nothing to block the view south. “If they tear it down, all they can see is the railroad and Dean’s trucks parked across the tracks,” Manning said. “It’s like an anchor for the downtown. ... I know everybody thinks it looks so drab, but I’ve seen things done in other communities. There’s been a lot of facelifting done on there for sure, but underneath is the original building.”