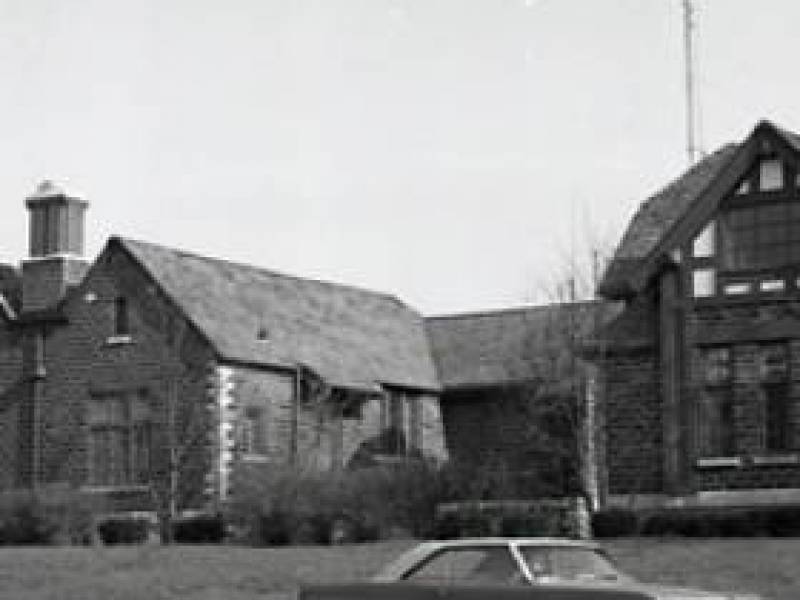 Like the Chicago Bears, wins for historic preservation can be hard to come by. But I was encouraged after learning that the village of Cary had worked out a deal with McHenry County to save the current village hall and repurpose it as a police training facility.

News accounts at the time estimated that the building was about 40,000 square feet, including a great room that has since been closed to the public because of leaks in the slate roof and other structural problems. They are among a list of exterior structural repairs that McHenry County Sheriff Bill Prim estimated could reach $1 million.

“We hired an architectural firm to do preliminary renderings and to help with space analysis,” Prim said. “But we’re not changing the façade. We absolutely will not.”

A public open house detailing those plans likely will occur this spring.

Cary is building a new municipal center at 755 Georgetown Drive to house its administration and police department. Construction on the roughly $10 million project is expected to wrap up by mid-December. Then it’s a matter of moving.

“We’re going to go in there when Cary goes out,” Prim said. “We’re going to utilize where the police department is now for police functions but retrofitting the building is likely 12 months away. …The plan is to restore it to its original integrity.

Guided by a comprehensive structural analysis conducted by the village, it’s not a matter of knowing what to fix. It’s a matter of going through the bidding process and securing the necessary funds in his budget. But Prim believes it won’t take long for the centralized training facility to earn its keep.

“Training is more important than ever for any law enforcement agency,” Prim said. “We’ve been working on a project like this for five years. Now we utilize mobile training units. We have to beg, borrow and steal space. The training room here [at the sheriff’s department] only holds 40 people.”

And it is an especially tall order in the evenings, Prim said, when streets still need to be patrolled. Having a central destination with plenty of classroom space, will make scheduling easier for sheriff’s deputies as well as officers from departments across the county. Prim said the restored building could even be rented out to outside law enforcement agencies for various programs and workshops.

“We’re thrilled at the arrangement with the sheriff’s office,” said Village Administrator Jacob Rife of the agreement, which transfers the building to the county for $1. “Certainly, it’s a wonderful reuse of the building. We are confident the sheriff will be a great caretaker.”

The August Kraus Senior Center, named for former Mayor Conrad Kraus, currently is housed in the old Village Hall at 441 Main St. Built in 1888, Cary Public School expanded, with a second floor added in 1896. It served the community until 1949. Cary is looking for someone to care for that building, as well.

Join the McHenry County Historical Society for Veterans Day program, presented at the museum and online starting at 7 p.m. Thursday. John Fenzel Jr. of Sleepy Hollow, a Hampshire native, will present “Memories of Wartime in Hampshire – 1944-45.” The former newsboy will recount his experiences interacting with German prisoners of war, who were deposited in town in order to harvest peas and corn, and then prep the produce for canning at the J.B. Inderrieden Co. 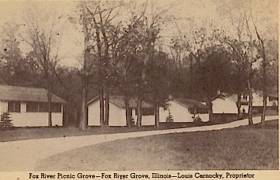 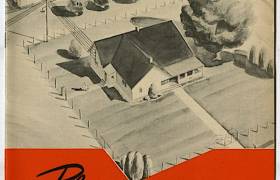 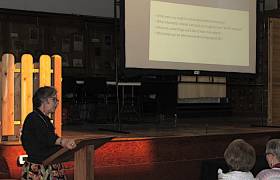 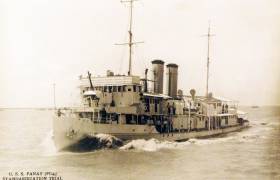