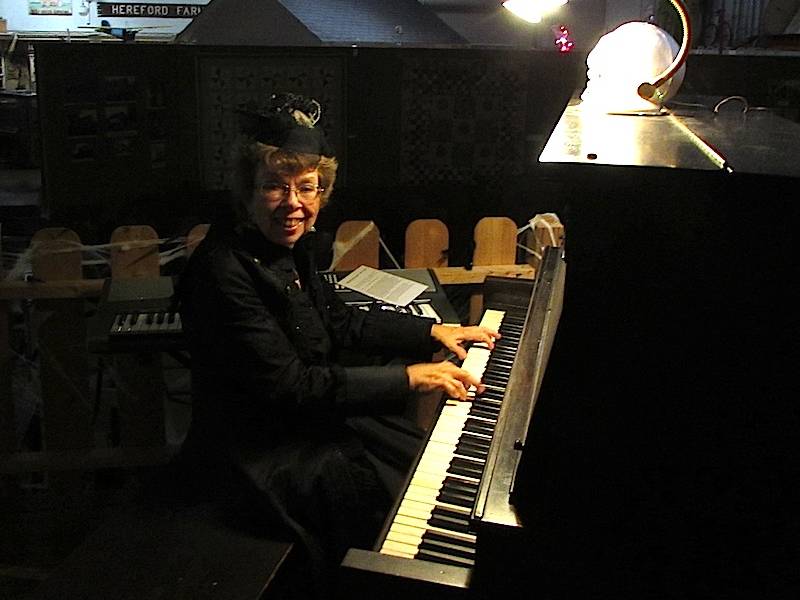 An estimated 125 people filled Eckert Hall for this year's Historic Halloween and sat transfixed as our presenters relayed tragic stories from McHenry County's past.

• Daniel Stott (presented by Craig Pfannkuche) – Born in Scotland, under suspicions of malpractice Dr. Thomas Neill Cream left Canada for Chicago in 1877 and opened an office on West Madison Street. In February 1881 he met Julia A. Stott, the wife of Chicago & North Western Railroad station agent Daniel Stott. Julia convinced the epileptic Daniel, more than 30 years her senior, to consult with Cream. One of the medicines the good doctor prescribed contained liquid strychnine. Was the poisoning of Mr. Stott an accident or murder? After all, it was Cream who reached out to the Boone County coroner demanding an inquest. Convicted of poisoning the Garden Prairie station agent, Cream was released for good behavior on July 31, 1891, and left for England where his crime spree continued.

• Margaret Jung (presented by Ann Bormett) – Dairy farmers Margaret and Joseph Jung welcomed 16-year-old Richard Martin Wesolik, a parolee from the St. Charles School for Boys, into their home as a hired hand. Three months later he repaid their kindness by inexplicably murdering Margaret in a sudden fit of rage. Among the many vexing questions was the lack of any evidence forewarning of such a brutal act.

• Bruce Nichols (presented by Tom George) – Tom Nichols was among 3,500 man, many of them veterans, who served as “town guards” following World War I. Organized by the Illinois Bankers Association, it was in response to wave of bank robberies in the ’20s. And among the states hardest hit was Illinois. However, the Aug. 13, 1928, robbery of the West McHenry State Bank didn’t go as planned – thanks to one brave man. The Aug. 16, 1928, edition of the Woodstock Sentinel noted:
“Nichols showed iron nerve following the sounding of a buzzer in his store, which was a signal that the bank across the street from his place of business was being robbed. He grabbed his shotgun and rushed to the street. …”

• Harvard kids (Bobbi Rose and Alanya Rose Paar) – The discovery of a human head in the Harvard dump back in 1923 sparked a massive investigation. Where had it come from? Who was this alleged victim? And when had this person died? Eventually, a local doctor cleared up the controversy. However, the identity of the “bodiless” corpse remains a mystery to this day.

Thanks to Bobbi Rose Photography for many of the images 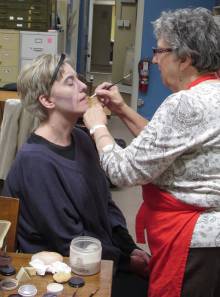