Historic camp jeopardized by bad decisions, saved by a good one

Home » Historic camp jeopardized by bad decisions, saved by a good one 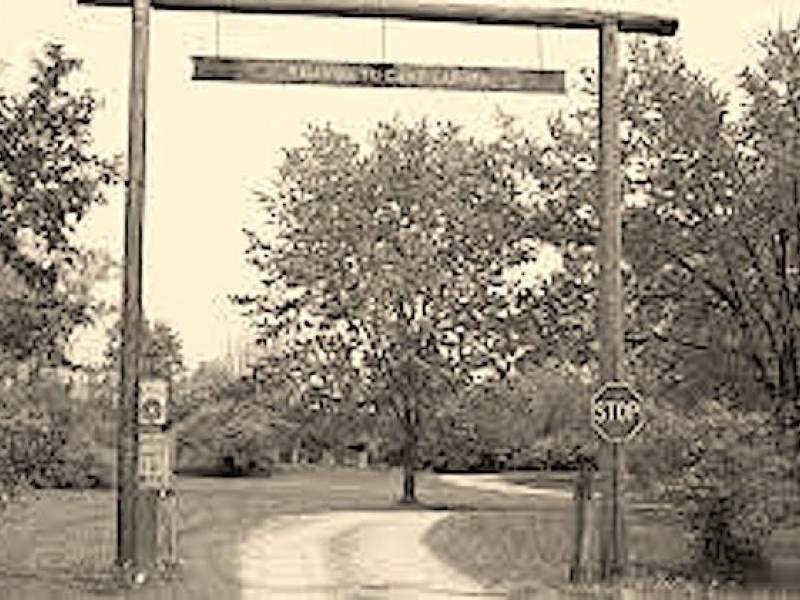 Historic camp jeopardized by bad decisions, saved by a good one

The Boy Scouts of America boasted about 5 million members in the 1970s. Today, there are about 2.2 million. To say a lot has changed is an understatement.

Learning how to “stalk” as part of my Second Class badge certainly carries a different connotation nowadays. And since 2019, girls have been allowed to join Boy Scoutss. Really? I thought that’s why they had Girl Scouts.

But I got lucky. This Protestant was fortunate enough to join Crystal Lake-based Troop 127, sponsored by St. Thomas Catholic Church. We used to joke, with no small amount of pride, that the basement of the old 1923 church at King and Pierson streets is where “Eagles landed” – not the moon. Achieving that rank was among the proudest accomplishments of my life … although lifesaving merit badge nearly killed me.

The support, mentoring and friendships I developed during my years in Cub Scouts, Webelos, Boy Scouts and Explorers helped me navigate a challenging time in my life. And I remain friends with many of my fellow Scouts ­– and leaders – to this day.

That is what made reports of sexual abuse and related lawsuits against the Boy Scouts of America so unnerving. Unfortunately, not every Scout’s experiences were as positive as mine.

Almost a year ago, its reputation and finances in tatters, the Texas-based nonprofit filed for Chapter 11 bankruptcy and created a victims’ compensation fund.

Reports indicate that between 2017 and 2019, the Boy Scouts of America paid out more than $150 million in settlements to victims. That prompted the BSA to file for Chapter 11 bankruptcy protection.

But thanks to an agreement between Pathway to Adventure Council and the McHenry County Conservation Foundation, Camp Lakota in Woodstock will remain open space. The conservation district’s nonprofit entity, bought the 160-acre camp for $928,000.

As part of an $850 million settlement agreement with thousands of plaintiffs alleging sexual abuse, local councils are on the hook for $500 million, with the remainder coming from the national organization and the Scouts’ pension plan.

The 50-year legacy of Camp Lakota will live on within the McHenry County Conservation Foundation, as well as through a perpetual conservation easement. The foundation then resold 40 acres of oaks and wetlands to the neighbors, Hugh and Marlene Frisbee, who ensured it would remain free from development.

Lisa Haderlein, executive director of the Land Conservancy of McHenry County, said with the addition her organization now boasts conservation easements on about 2,200 acres – ranging from a half acre to 250 acres. It also owns 650 acres outright.

“People care,” Haderlein said. “They are taking care of their land and at some point they think: ‘Wait a minute. I’m not going to be here forever.’ That is something the Conservancy can provide.”

Restoration is expected to take five years. The pool is going, but no word yet on what will happen with the lodge, climbing tower, program center, shower house, shelters and 16 wooded campsites. I hope some of it can be repurposed.

The rebranded “District at Historic Memorial Hall” will have two new windows and two new doors cut into the back of the building. One of the doors will go directly into the kitchen, the other onto a new deck at the rear. The deck will be covered by a louvered pergola, that can open and close. And the back will be surrounded by a cedar fence.

Out front, a boxwood hedge will separate the street from the front of the building, which will be paved with bluestone on its terrace – necessitating that the front doors get raised an inch and a half to accommodate the added thickness. Also the existing limestone balustrade will be replaced with metal.

A larger question for those concerned about preserving the building’s look, is what happens inside.

The stage already has been removed, without public comment or the need for building department approval, because it was considered nonstructural. The balcony, however, does require that added level of scrutiny … by village staff.

Meanwhile, I can’t help but wonder: Will the community ever get an opportunity to comment before the next part of this National Register building is altered?