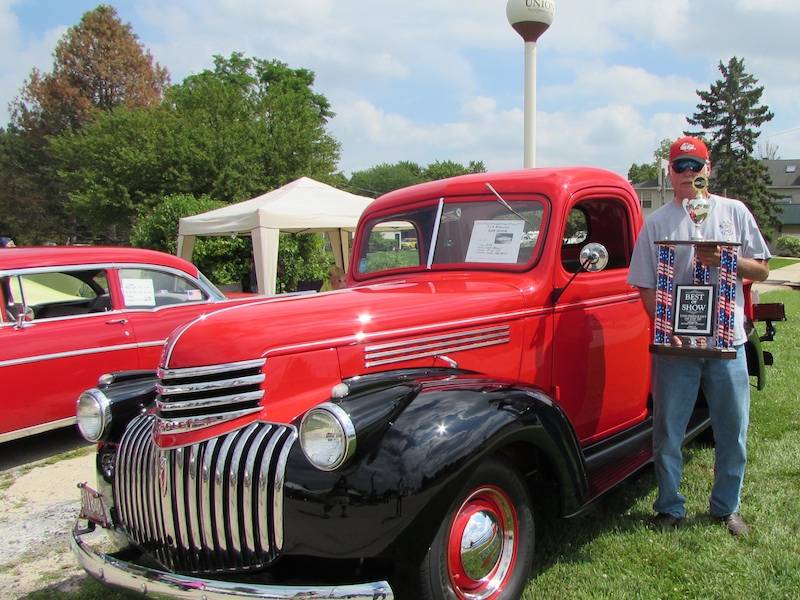 A 1946 Chevy pickup belonging to John Archacki of Harmony captured Best of Show honors at the third annual Heritage Fair Car Show July 12 in Union. Archacki said he has owned the two-toned pickup eight years. He came across it in the Genoa-Kingston area of DeKalb County.

Bill Seemann of Union also was singled out for his Buick coupe, which sold for $800 back in 1932. Bill bought it from a Gillett, Wis. museum. He repaired the seized motor but has not changed anything else. No wonder the car won top "survivor" honors from among a handful of strong contenders.

Special thanks to our major sponsors, Intren and FirstMerit Bank Union.