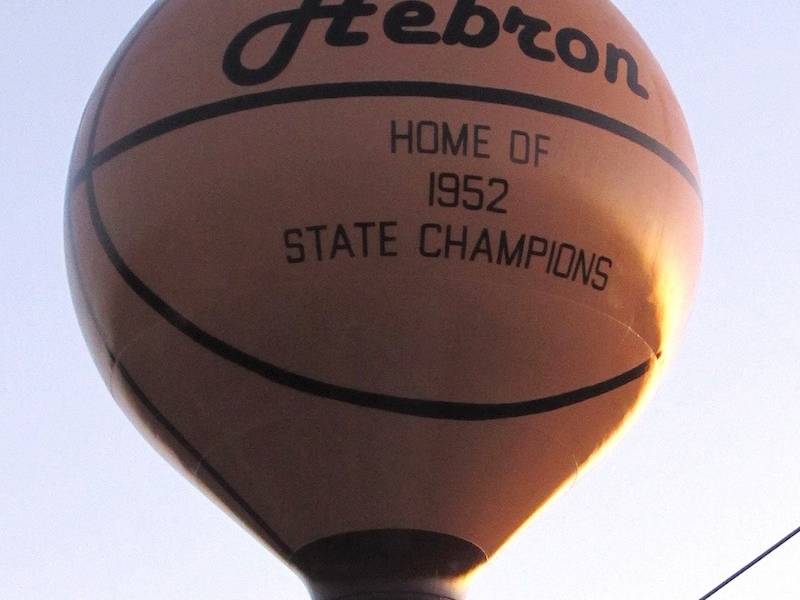 By the time you read this, the inaugural “Fall Fling” fundraiser benefiting the Hebron Public Library will be in the books.

The challenge now is to keep the library vital and visible moving forward.

Board President Sharon Pohlman said what began in 1915, thanks to the vision of a ladies’ afternoon social club, has persisted. But lately, a more accurate word is subsisted. This independent, nonprofit venture has been slipping by on only $20,000 a year – and that covers stipends for two part-time librarians, utilities and materials.

Since moving from two second-floor rooms to a small building on Main Street in 1926 to the former Hebron Presbyterian Church in 1972, dedicated volunteers have kept the library afloat. But because it receives no tax money, ongoing fundraisers are becoming a necessity. Golf outings of the past gave way to a fashion show and auction Saturday. Interest from a small trust fund helps, but community support is pivotal.

“Our wish list is just to keep the library going,” Pohlman said. “Sometimes we have just enough money to keep our head above water.”

Since the 1920s, the number of volumes at the Hebron library has jumped from about 1,900 to 18,000. For residents of Alden-Hebron School District 19, there are books, audiobooks and videos – the only place in town, Pohlman said, where you can get a movie. And it all is free, including the use of the library’s community room for community groups.

But it’s not as if the board has been reading books about how to print money. In order to increase its hours of operation and boost services, it needs more money. And convincing a jaded public to pony up a few more pounds on a promise is a challenge.

“It’s a vicious cycle,” Pohlman said. “I don’t know where you go. We try and offer what we can.”

The Alden-Hebron High School football team made history this month, playing in Illinois’ first eight-man football championship. While the end result was disappointing (the Green Giants lost a lopsided affair to Milford-Cissna Park), the importance of this game endures.

“It was a really great night for both teams to be part of history,” Alden-Hebron coach John Lalor said. “Alden-Hebron once again set history.”

The team is in its second season playing eight-man football – which features three linemen and five skill players on each side of the ball, and a field that is 40 yards wide rather than the typical 53. The Green Giants’ roster also included four boys from Faith Lutheran High School in Crystal Lake.

The I8FA formed after the 2017 season after lobbying by Lalor, who has been coaching football at the numbers-challenged Alden-Hebron for 16 years.

“I got the idea from Iowa,” Lalor said. “I’ve been watching them for years, thinking, ‘Why aren’t we doing something like this for Illinois?’ It is especially important for smaller schools. … For our little school, it has been a great move. Our numbers are down a little bit, and you don’t want to throw freshmen out there with 17- and 18-year-old young men. This way, the competition is more equal, and you can bring the young guys along without throwing them to the wolves right away.”

At least two other schools, Polo and River Ridge, are committed to playing eight-man football next year. And as many as six additional Illinois schools are considering an eight-man team for 2019. The I8FA has asked schools to notify it of their intentions by Jan. 1.

“We have schools with over 600 kids enrolled asking questions, and we have enrollment of 116. It’s something we’ll have to talk about,” Lalor said of the evolving sport. “We’ve changed how we coach – teaching players how to tackle and protect themselves. This is what we have to do to save the game, and football is a great game.”

When is a water tower more than something to hold water? Not as often as I’d like.

As with so many things, we’ve gone utilitarian. We’ve become a homogenized, “just the facts, ma’am” society. It’s all about expediency and saving money. But every so often, somebody proves you can have your water and still quench that innate thirst for the past.

You need to look (up) no farther than Hebron and its iconic basketball-shaped water tower.

The town still very much celebrates the Alden-Hebron Green Giants’ state championship in 1952. The Giants, ironically, played the role of David – defeating the much larger Quincy High School (98 students vs. 1,035 students), 64-59, in overtime. When the IHSA opted for a two-class system in 1972, it ensured that Hebron’s distinction of being the smallest school to ever win the state title would endure forever.

In 1984, Hebron celebrated this achievement by painting its 250,000-gallon water tower to resemble a basketball. But its splendor has diminished with time. It was looking rusty and, well, deflating. So this year, village officials ordered a makeover. Work included repairing all of the rust damage; replacing the access door and the painter’s hatch at the top of the stem; adding a fail-safe vent and an overflow pipe extension; and painting it with a fresh coat of paint.

The original plan called for recognizing all 10 members of the 1952 A-H basketball team, as well as a couple of individual high school state champions, with their names emblazoned on the tower’s stem.

“There would have been 12 names up there, as well as any future state champions,” Village President Kimmy Martinez said. “The reason it got nixed is that four of the [1952] basketball players respectively asked that their names not be put up. At that point, nobody’s name was going up. It’s a team. It’s either all or none.”

While several communities across the country have had fun with side-by-side water towers, labeling them “hot” and “cold,” most communities take their water towers seriously. I remember when a contractor painted the wrong number of teats on a cow adorning the water tower in Harvard – formerly the “milk center of the world.” Suffice it to say, it was repainted (quickly), and the old girl was anatomically enhanced.

And there is the case in downstate Collinsville, home to the world’s largest ketchup bottle. This 170-foot-tall water tower, built in 1949 by the W.E. Caldwell Co., was added to the National Register of Historic Places in 2002. But it took the formation of the Catsup Bottle Preservation Group, thousands of volunteer hours and two years to raise the $80,000 needed to repair, strip and restore the water tank – in the shape of a gigantic Brooks ketchup bottle – to its tangy times of old.

Janet Ratajcak, owner of Prairie Avenue Antiques and The Tack Exchange in Hebron, spearheaded a petition calling on the village to maintain the look of its famous water tower. It garnered about 270 signatures … and plenty of emotion.

“Some of them were spitting mad,” Martinez said of the opponents. “They objected to changing the font. They said the orange was too bright, but it is the same color as the original. It had just faded over 30 years. … Technically, the water tower should have maintenance repairs done on it every five years. But there’s been nothing done since 2000.”

Since wrapping up the project this fall, Martinez said officials have been receiving phone calls and letters complimenting the village on the end result. And they’ve also fielded more than one question about what might have happened had Hebron claimed the first eight-on-eight football championship in Illinois.

“As times change and generations change, and younger people get more and more and more involved as the village grows, you never know,” Martinez said with a laugh. “When we have the money and can get a grant, perhaps then they’ll get their football[-shaped] tower.”
• • •
Sears has been in the news lately, but this time the news is good. View the original Wishbook display in the 1969 Sears catalog, starting Dec. 1 at the McHenry County History Museum, 6422 Main St., Union.

The free Holiday Open House runs from 10 a.m. to 3 p.m. and features live music, a display of World War I holiday-themed posters, a holiday quilt contest, letters to Santa, a bake sale and more.
For information, visit www.gothistory.org.