Goddard as Alice Paul brings audience to its feet

Home » Goddard as Alice Paul brings audience to its feet 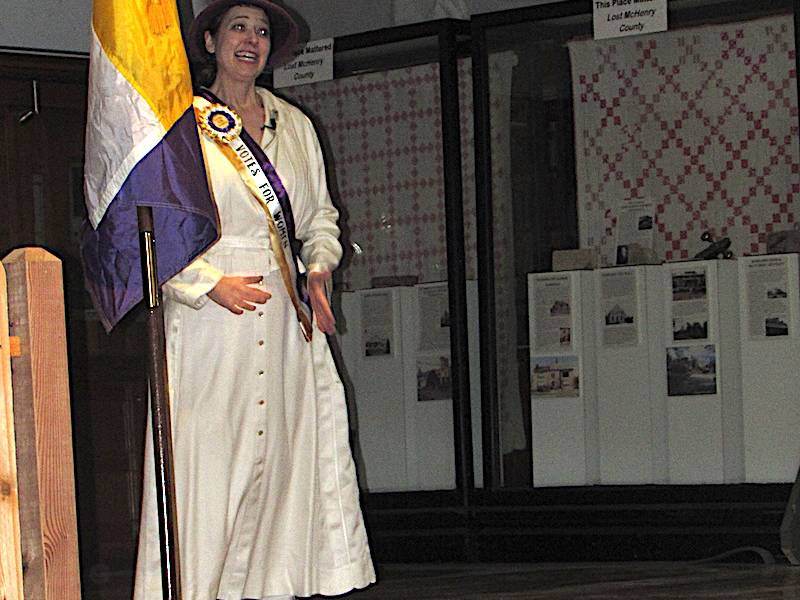 Goddard as Alice Paul brings audience to its feet

For historic dramatist Leslie Goddard, there was an immediate connection with the firebrand Alice Paul.

Goddard, a theater and history major from Darien, kicked off the 34th Annual Sampler Lecture Series March 9 with “Alice Paul: Winning Votes for Women.” The audience at the McHenry County Historical Museum was treated to brief retrospective of the suffragist's fight for women's voting rights using snippets from leltters to her conservative mother and recollections of petitions, protests, marches and meetings with President Woodrow Wilson, strategizing with colleagues in the cause – such as Lucy Burns and Inez Milholland. Milholland led the Woman Suffrage Procession in Washington, D.C.,  on March 3, 1913 , astride a white horse.

Born Jan. 11, 1885, into a New Jersey Quaker family, Paul embraced the cause of women’s rights with unstoppable zeal. Highly educated, with degrees in sociology, economics and law, she commanded attention – be it leading demonstrations or even while cooling her heels in jail. After picketing the White House (this went on eight hours a day for months) and being subjected to verbal abuse and battery, Paul was sentenced to seven months in the notorious Occoquan Workhouse – rather than submit to an unjust fine. She and 30 other women, typically serving anywhere from three days to 60 days, endured wormy soup, stale bread and appalling living conditions. A hunger strike, despite forced feeding using a tube, eventually led to their release.

"We are fighting for change to make the world safe for democracy," Paul said, parroting Wilson's World War government line.

In 1916 she founded the National Woman’s Party and 1923 she introduced the Equal Rights Amendment. It states, “Equality of rights under the law shall not be denied or abridged by the United States or by any State on account of sex.”

Passed by Congress in 1972 and sent to the states for ratification, it has taken this long to secure the necessary thee-quarter approval. The last three states to ratify the ERA – Nevada (2017), Illinois (2018) and Virginia (2020) are suing to force its adoption as the 28th Amendment to the U.S. Constitution … at the very same time Nebraska, Tennessee Idaho, Kentucky, and South Dakota are attempting to rescind their ratification of the amendment.

"If you don't stand for the things you believe in then life is no good," Goddard said. She added that Paul and the women's movement underscores a fundamental truth this nation needs to reflect on now as never before: solidarity is possible without consensus. 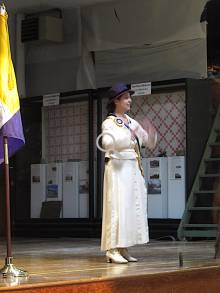