Getting the right to vote has never come easy

Home » Getting the right to vote has never come easy 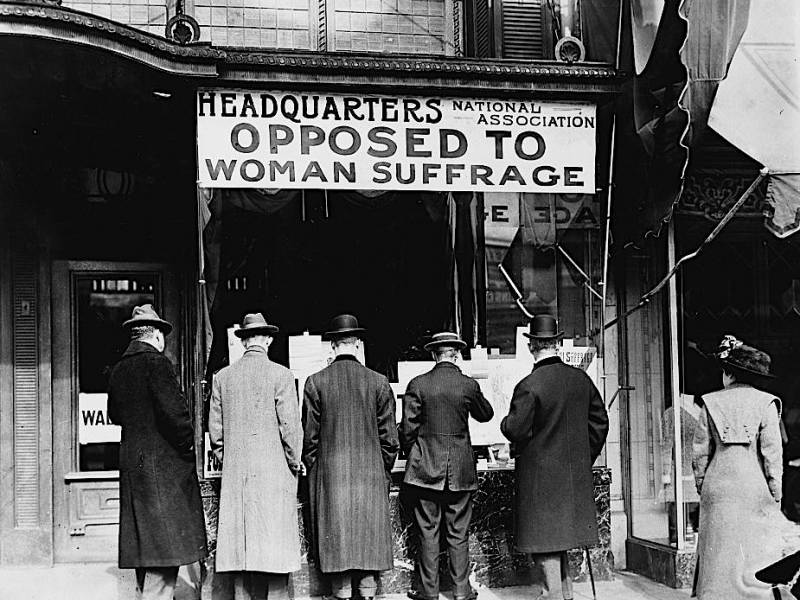 Getting the right to vote has never come easy

While marking Women’s History Month, it is important to remember Illinois was among the first states in the Union to ratify the 19th Amendment – the very first, if one discounts the language error that prompted a second vote on June 17, 1919.

But not everyone supported a woman’s right to vote, even among women.

In 1896, Chicagoan Caroline Fairfield Corbin established the Illinois Association Opposed to the Extension of Suffrage to Women. She argued that women’s place was in the home, not working outside of it or – heaven forbid – voting. That, she predicted, would lead to “bickering and rivalry” and undermine the sanctity of one’s home.

“A temporary disarrangement of the equal division of labor between the sexes has been caused by the absorption of much that was formerly considered woman’s household work into great manufacturing and commercial enterprises, thus drawing the women after their work into shops and factories, and indeed into almost all the occupations which have been considered as belonging to men and boys as wage earners,” Corbin wrote in the 1909 Association booklet “Why the Home Makers Do Not Want to Vote.”

“Many voices are being raised in both church and state, calling attention to the decay of family life, and in more than one instance, the evil is emphatically traced to the false doctrines concerning the emancipation of women, which is being disseminated,” she continued. “Colleges and universities are coming to the rescue. They are establishing courses for women in domestic arts and sciences, including in some instances, hygiene, nursing and the care of children, ventilation, drainage and the like.”

“… These hopeful changes open a vista towards a day when a place of usefulness will be found for every woman dependent upon her own labor, without infringing upon the domain of men as wage earners, and to the great advancement of family life, and the happiness of the home,” she wrote.

Josephine Jewel Dodge formed the National Association Opposed to Women’s Suffrage 110 years ago in New York City and chapters spread throughout the Northeast. The movement was rooted in the fear that the family unit would disintegrate if women participated in civic life.

Several of the arguments, outlined on period leaflets, zeroed in on the election system:

• “Because it means simply doubling the vote, and especially the undesirable and corrupt vote of our large cities.

• “Because the great advance of women in the last century – moral, intellectual and economic – has been made without the vote, which goes to prove that it is not needed for their further advancement along the same lines.

• “Because women now stand outside of politics, and therefore are free to appeal to any party in matters of education, charity and reform.

• “Because the ballot has not proved a cure-all for existing evils with men, and we find no reason to assume that it would be more effectual with women.”

It is good to remember that the despite the increased participation of women, as well as all voters last year, the Pew Research Center still found that the United States ranked a sorry 24th in electoral participation among the 35-member Organization for Economic Cooperation and Development, a network of developed, democratic countries. Perhaps the growing number of women running for office can offer a solution.

Despite the public’s call for increased transparency in government, efforts are underway to make it even harder to find out what is going on.

House Bill 811, sponsored by state Rep. Jonathan Carroll, D-Buffalo Grove, and now before the House Executive Committee, would amend the Notice By Publication Act to enable governmental bodies to replace the required legal ads in newspapers of general circulation with a website posting.

Considering only about half of the estimated 7,000 governmental units in Illinois have websites, that poses a problem. And it deals a potentially crippling blow to small publications dependent on such revenue. The climate already is tough. A 2000 report by University of North Carolina’s Hussman School of Journalism and Media noted that “more than 200 of the nation’s 3,143 counties and equivalents have no newspaper and no alternative source of credible and comprehensive information.”

Against this backdrop came word recently that hedge fund Alden Global Capital reached a $630 million deal to buy Tribune Publishing. This is the same company which has slashed newsroom staff and allegedly raided their pension funds. A May 2019 letter to the hedge fund managers, signed by 21 U.S. senators, chastised Alden for leaving “skeleton” papers in their wake that are “incapable of meeting the basic information needs” of the communities they serve.

We need to do better. The Fourth Estate, indeed our democracy, depends on it.

Learn everything you ever wanted to know about picture postcards at 7 p.m. Monday, March 22, when the McHenry County Historical Society and Illinois Humanities presents “Picture Postcards: The Happy Invention.” Katherine Hamilton-Smith, founding curator of the world renown Curt Teich postcard archive, will show local examples and discuss their impact in this free, online program. To register, go to www.gothistory.org.

• Kurt Begalka is the administrator of the McHenry County Historical Society & Museum. He may be reached at kurt@mchenrycountyhistory.org.

Published March 22, 2021 in the Northwest Herald