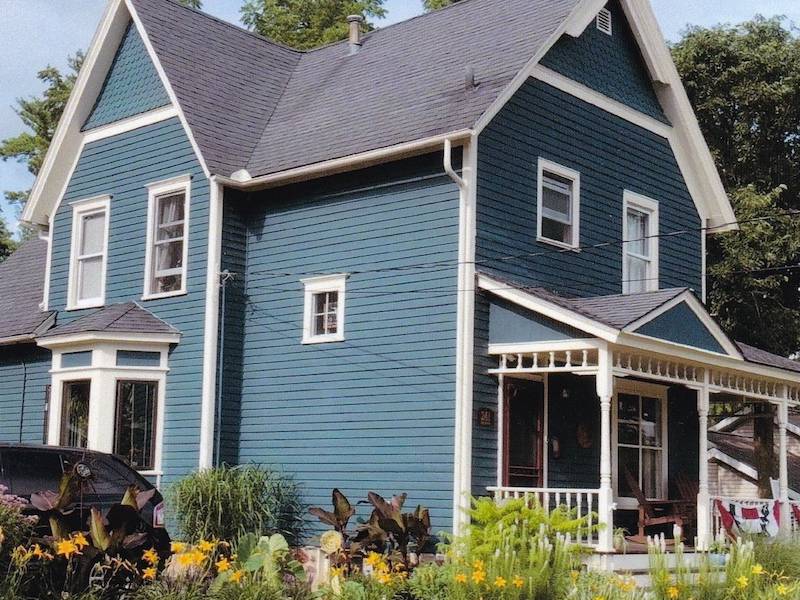 The McHenry County Historical Society's Historic Sites Committee plaqued the Fred A. Walters House, 241 Hoy St. in Woodstock, on Saturday, Sept. 14. Donovan and Jennifer Day opened their home to the public to a tour, followed by light refreshments.

Fred A Walters was born on a farm in 1859, in an area not far from here called Tryon Grove. There he met and, in 1884 married, Miss Anna Rawson. After a few years they left farming and moved to Woodstock. Walters' knowledge of farming served him well as an employee at a local implement business. When his employer retired, in 1896, he entered into a partnership with Robert McLean and together they opened Walters & McLean Implement.

Fascinated with the horseless carriage, Walters also a Rambler dealer – an automobile whose slogan was: “The Car for Country Roads."

During his time as a local businessman and member of the Illinois National Guard, Walters became a Woodstock City Councilman. His five years of aldermanic service, and loyalty to the people of Woodstock, was rewarded with his election to the office of Woodstock mayor, a position he held from 1903 to 1907. He went on to serve as Dorr Township Supervisor.

In 1916 Walters became director of Woodstock State Bank and also part owner of the Dacy Lumber Co., formally located at 220 N Jefferson St. Around 1918 he retired from the auto, implement and lumber businesses. He remained a Woodstock resident and passed away, with his wife, Anna and daughter Bertha at his side, in 1946 – just short of his 87th birthday.

The Fred A. Walters House

In 1893 Fred bought Lot 11, on block number one, for $200, now known as 241 Hoy St. In 1894, while Walters was building this modest two-story Queen Anne home, workers in Chicago were dismantling the World’s Columbian Exposition, canals were viewed on Mars and the first automobile was clocked at an astonishing 6 miles per hour!

The original, well-maintained fieldstone foundation, rough timber posts and beams still support this balloon-framed home – all fastened together with cast iron cut nails. The foundation’s east side boasts an early style walk-out basement, with original shed type door and a double hung window.Clad in original wood lap siding, the gables are accented with decorative fish-scale shingles. The wrap-around porch, turned posts, spandrels and beadboard ceiling are original to the home, as is the front stained-glass window transom. Much of the exterior trim, window and door casings, sills, and crossheads (window & door head pieces), corner trim, soffit, fascia, and frieze boards have been preserved, including the unique front gable pediment.

Upon entering the home you will note the original staircase and balustrade.The hardwood floors remain, including an inlaid border in the dining room. Window and door casing, door jambs, five-panel doors and hardware, even an original doorbell, still are here. Considering this home has weathered multiple owners, the Great Depression, two world wars, and the inevitable modernization, such as running water and electricity, it remarkably intact.

Today, 125 year later, preservationists gather to commemorate this historical home and the person associated with it. In preservation, once something is lost it’s lost forever. Donovan and Jennifer Day recognized this and have done an outstanding job of preserving and maintaining this home for future generations.

Others with architectural and/or historically significant buildings – be they homes, businesses or farms – are invited to apply for a plaque. Contact the McHenry County Historical Society at 815-923-2267 or info@mchenrycountyhistory.org. Applications also are available online at www.GotHistory.org. 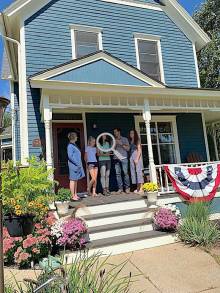