The Fight for Free Speech During World War I

Home » The Fight for Free Speech During World War I 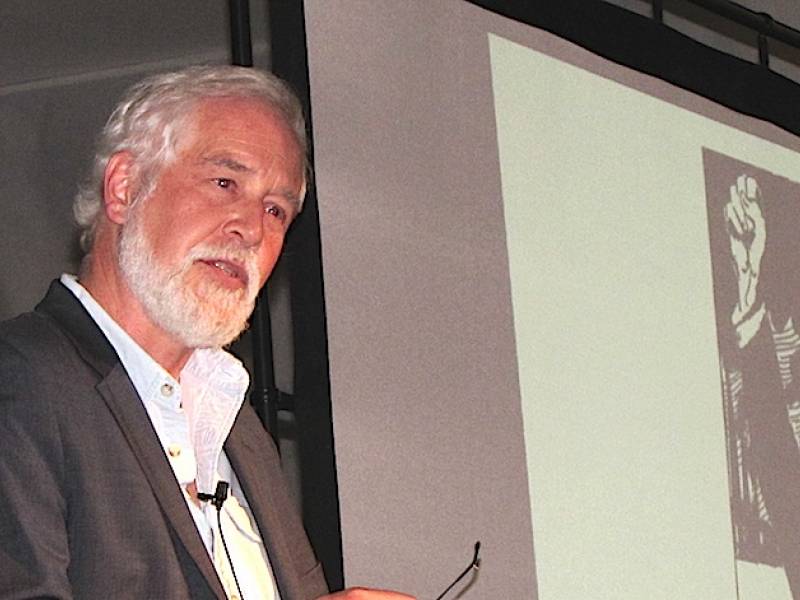 The Fight for Free Speech During World War I

“… I realize that, in speaking to you this afternoon, there are certain limitations placed upon the right of free speech. I must be exceedingly careful, prudent, as to what I say, and even more careful and prudent as to how I say it. I may not be able to say all I think; but I am not going to say anything that I do not think. I would rather a thousand times be a free soul in jail than to be a sycophant and coward in the streets. …”

Shortly after delivering an anti-war speech before a Socialist Party meeting in Canton, Ohio, Eugene V. Debs was arrested and charged with violating the Espionage Act.

At 7 p.m. Tuesday at the McHenry County Historical Society Museum, University of Tennessee history department chairman Ernest F. Freeberg will revisit that eventful period in American history by exploring the fight for civil liberties waged by those who worked to free American socialist/labor leader Debs from prison and the legacy of World War I. Doors to the museum, located at 6422 Main St. in Union, open at 6:30 p.m. Admission is $10.

The lecture is being co-sponsored by the McHenry County Historical Society, Woodstock Celebrates and the Illinois Labor History Society.

“I teach a course about the impact of the war on free speech and democratic practices,” said Freeburg, a distinguished professor of humanities and a distinguished lecturer for the Organization of American Historians. “In 2008 my book (Democracy’s Prisoner: Eugene V. Debs, The Great War, and the Right to Dissent) came out and there was a lot of talking about it at that point. It revived people’s attempt to make sense of [the war] and trying to understand what that conflict was about and its legacy.”

Freeberg’s PowerPoint lecture, “Eugene V. Debs and the Fight for Free Speech in World War I,” is rooted in his book, a Los Angeles Times Book Prize finalist. The national debate concerning the First Amendment and the government’s power to silence its critics remains ongoing.

“A lot of what my book is about is our own ideas of free speech during wartime,” Freeberg said. “Prior to World War I it was never a federal issue. It was handled on the state and local level. Protestors were treated as people who potentially disturbed the peace.”

But the “over-reach” that occurred during World War I changed all that. Debs’ 10 year prison sentence – first at the West Virginia State Penitentiary in Moundsville before being transferred to Atlanta – raised fundamental questions about the balance between individual liberty and national security, and helped to expand the right to protest against war ever since.

“Even if you hated the guy’s politics, he was recognized as a legitimate player in the conversation,” Freeberg said of Debs. “It helped spark creation of the American Civil Liberties Union and offered much more protections when it came to free speech. We have all kinds of problems, still we are able to protest today without fear of being arrested.”

Debs ran for president in 1920 and garnered about a million votes without leaving his Atlanta jail cell. His slogan was “From Prison to the White House.” Most cast their vote for him not in support of his politics, but of his right as an American to speak freely, even in times of war.

In his 1927 book, “Walls and Bars,” the former McHenry County Jail prisoner wrote glowingly about his fellow inmates:

“To have a presidential candidate in their midst was a thing the nearly 3,000 prisoners had never experienced before and they seemed to feel a thrill of pride as if, they too, shared in whatever distinction was bestowed upon me, which they did, for I can say in all sincerity that there is among men in prison a fellow feeling that in some respects is less selfish and more refined and generous that that which commonly prevails in the outer world.”

Freeberg, 58, of Knoxville, Tenn., earned a English degree at Middlebury College and received his doctorate in history from Emory University. After working a short time as a journalist for a public radio affiliate in Maine, Freeburg said, “I naively thought if I go to graduate school and study history I’ll know enough to make sense of all those conflicting ideas.”

Instead, it just raised other questions.

Freeberg has pursued a broad research agenda on 19th- and 20th-century cultural and intellectual history in the U.S. In 2013 he published The Age of Edison, which examines how electric light shaped the development of modern American culture. His first book, The Education of Laura Bridgman, explores the philosophical and religious controversies raised by the education of the first deaf-blind person to learn language. The book won the American Historical Association’s Dunning Prize. He currently is writing a book on the origin of animal rights in post-Civil War America.

President Woodrow Wilson rejected pleas to pardon Debs after the war ended, but President Warren G. Harding pardoned him on Dec. 25, 1925, on the condition that he would get to meet Debs at the White House. Harding supposedly greeted him by saying, “I have head so damned much about you.”
Debs, celebrated during his life for his charisma, generosity and candor during his life, created a legacy lives to this day; as we grapple with new threats of war, class warfare struggles and the role of prisons in our criminal justice system.

Freeberg said Debs’ refusal to apologize for his actions, “forced people to have the conversation.”

Debs delivered the following statement to the federal court in Cleveland on Sept. 18, 1918, following his conviction for violating the 1917 Espionage Act:

“Your honor, I ask no mercy and I plead for no immunity. I realize that finally the right must prevail. I never so clearly comprehended as now the great struggle between the powers of greed and exploitation on the one hand and upon the other the rising hosts of industrial freedom and social justice.
“I can see the dawn of the better day for humanity. The people are awakening. In due time they will and must come to their own.” 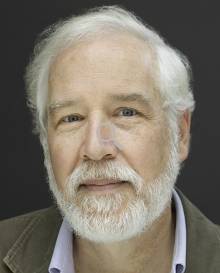