Exhibit chronicles our pioneering past

Home » Exhibit chronicles our pioneering past 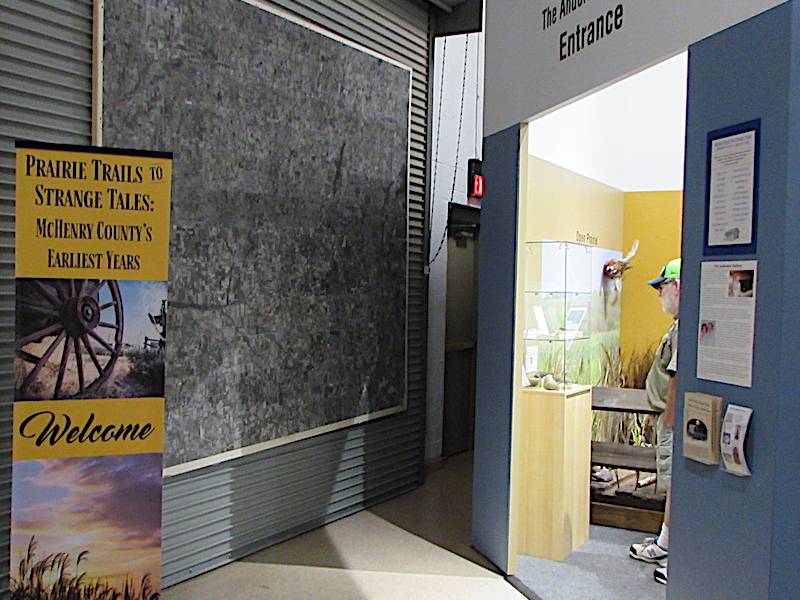 Exhibit chronicles our pioneering past

Hop aboard the wagon and join the McHenry County Historical Society for a craft beer tasting and to view its newest exhibit, “Prairie Trails to Strange Tales: McHenry County’s Earliest Years.”

McHenry County was a challenging and often dangerous place in the early 19th century.

“Deer, wolves, foxes and other animals at that time [1835] roamed over the prairies and through the openings, as many and free as the Indian,” the 1877 McHenry County History Book states. “The men hunted the deer during the day and the wolves hunted the sheep and pigs during the night.”

The 1885 county history book talks of hills of “considerable elevation.” It also mentions numerous, densely covered marshes and peat bogs – just waiting to swallow up a heavily laden wagon or ox cart.
“They had journeyed from their far distant homes, through a rough country, over bad roads, river, swamps and marshes – passing nights with no shelter above them and toiling forward by day, meeting new obstacles over and anon.”

This exhibit features tales of the first pioneers who settled on the prairie and how they influenced McHenry County’s earliest communities. Following the end of the Blackhawk War in 1832, land-thirsty settlers began entering McHenry County. Pioneers packed all of their earthly belongings and supplies into a covered wagon and headed into the unknown – battling “uncultivated heathen,” malaria, the cold and rugged terrain without the aid of a compass or primitive conveniences.

Like many who came here, Juliette Kinzie was a native New Yorker. The celebrated author of the 1856 travelogue, “Wau-Bun: The Early Day in the North-West,” Kinzie relates what she saw in the late 1830s en route to visiting her husband, John – an Indian agent in Portage, Wis. She was the first white person to write about Crystal Lake, which she named. In the last half of her book, she wrote of crossing the Fox River at what would become Algonquin. She also traveled along what would become Route 14 to the Woodstock area and what would become Alden Road toward the Wisconsin state line.

At one point Kinzie writes:

“In this open country there are no landmarks. One elevation is so exactly like another, that if you lose your trail there is almost as little hope of regaining it as of finding a pathway in the midst of the ocean,” she wrote. “The trail, it must be remembered, is not a broad highway, but a narrow path, deeply indented by the hoofs of the horses on which the Indians travel in single file. So deeply is it sunk in the sod which covers the prairies, that it is difficult, sometimes, to distinguish it at a distance of a few rods. … So great was our anxiety to recover our trail, for the weather was growing more cold, and the wind more sharp and piercing, that we were not tempted to turn from our course even by the appearance, more than once, of a gaunt prairie-wolf, peering over the nearest rising-ground and seeming to dare us to an encounter. … Just before sunset we crossed, with some difficulty, a muddy stream, which was bordered by a scanty belt of trees, making a tolerable encamping-ground; and of this we gladly availed ourselves, although we knew not whether it was near or remote from the place we were in search of.”

Early surveyors, such as Crystal Lake’s John Brink, helped bring order to the chaos. Before land could be sold, a surveyor was hired to draw township maps. That necessitated that they walk through the entire county and take fastidious notes.

Maps dating back to 1812 show that white men were aware of the existence of the Fox River, Chain O’ Lakes and the Kishwaukee River. But knowing about them and getting across them were two different things.

“My husband took me to the bank to look for a moment at what we had escaped. The wind was sweeping down from the north in a perfect hurricane. The water was filled with masses of snow and ice, dancing along upon the torrent, over which were hurrying thousands of wild fowl, making the woods resound to their deafening clamor,” Kinzie wrote. “Had we been one hour later, we could not possibly have crossed the stream, and there would have been nothing for us but to have remained and starved in the wilderness.”

Nevertheless, they endured and established small communities – typically alongside creeks that could power mills. Pioneer communities such as Barreville, Brookdale, and Ostend seemed to have bright futures in the 1860s and 1870s … until the railroad located elsewhere. The exhibit revisits them during their heyday and explains what is left today.

“The life of a pioneer is humble yet glorious,” noted the 1885 county history book. “He prepares the way for advancing civilization, endures poverty and hardship, toils without recompense, that his posterity may enjoy the full fruition of his labors. He is the adventurer in fields untried; the pathfinder, the discoverer, the advance agent leading other to a land of promise.”

This exhibit is the first to be featured in the museum’s newly renovated first-floor Anderson Gallery. A ribbon-cutting ceremony will take place at 6:15 p.m. to dedicate the new gallery in honor of Norma & Glenn Anderson, whose generous memorial bequest made renovation possible.

Jazz/blues music will be provided starting at 6:30 p.m. by the Tom Steffens/Gary Parker Duo. Admission to the museum is free. For more information, call 815-923-2267 or visit gothistory.org.

The history major at Southern Illinois University taught business for 18 years, following her arrival in 1997. But she never lost her passion for history, eventually earning a master’s degree from Webster University.

“It’s always been a passion of mine,” she said. “I think history tells us a lot about who we are and where we’ve been. I’m especially interested in the cause and effect and how one event can trigger other events.”
Sullivan will speak at 3 p.m. Thursday at the McHenry County Historical Museum about Marshall Field’s and its ongoing effect on Chicago. It is the fourth and final lecture in 33rd annual Sampler Series at the museum, 6422 Main St. in Union. For information, visit www.gothistory.org.
•••
If you know Woodstock North High School senior Kaitlin McCann, congratulate her on winning this year’s $1,000 Nancy Fike Scholarship. The scholarship is funded by donations we receive through the McHenry County Human RaceThe MCHS Green Lantern Corps is not a group of superheroes. But we are history-minded. Support us, in person or with a donation, on April 28 at the McHenry County Human Race. 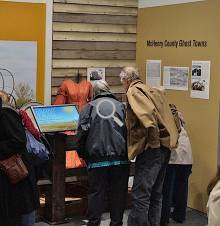 From suffragists to Nancy Drew, fight for...

Read more
Sick and tired of medical mayhem? Do your homework

Hospital logistics, environment can make you...