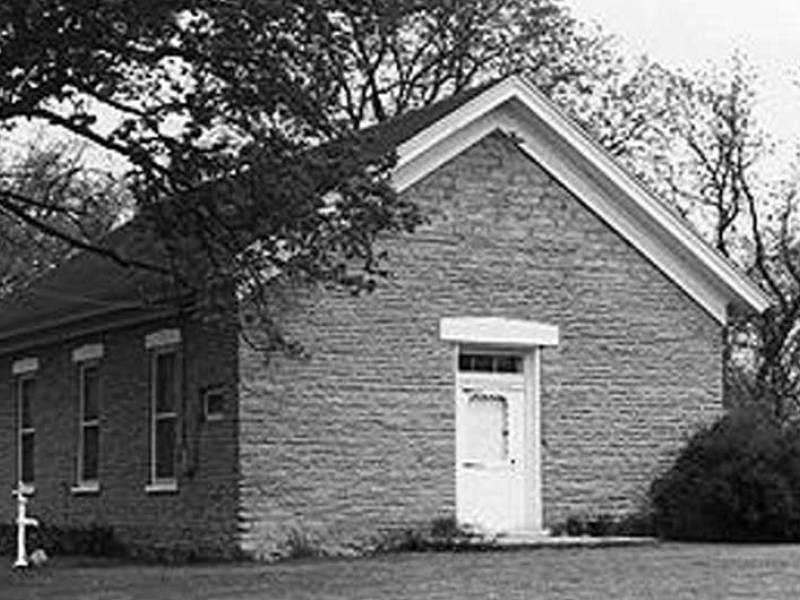 “More valuable than single representations are a series of connected tableaux or scenes, arranged by the teacher, but presented by the pupils. Such a series may be presented in the form of a historical entertainment for the parents and friends of pupils. The value of an entertainment of this kind is, that in this way one may picture for the eye the growth of certain ideas or tendencies from which great and important changes have come. To make the idea of development clear in the mind of the pupil is the great end and aim of all history teaching, and in this work the eye is the teacher’s most faithful and efficient servant.”
– “Historical Pageants, State Normal School, Fitchburg, Mass.” 1911

UNION – The McHenry County Historical Society will re-create the past Aug. 12 and 14 at the county historical museum, 6422 Main St. in Union, with a 1936 rural school musical production.

Having a sense of humor is a prerequisite.

“There weren’t the opportunities for people to get together as there are today. People took their entertainment where they could, which meant a lot of it was homegrown. They did the pageants and got together little museums. They put on parades,” Fike said. “It was a way of celebrating the past and looking backwards. They did it for the centennial. … It was hokey – as this is going to be.”

“The point of it was to try and get a broad-based representation of McHenry County,” Fike said.

Limited seating is available for two performances – at 7 p.m. Friday, Aug. 12, and 2 p.m. Sunday, Aug. 14. Admission is $10, with all proceeds benefiting restoration of the 1867 Pringle School – one of just three limestone structures in McHenry County.

Quarried at Garden Prairie and transported by wagon to the site off what is now River Road, the property once belonged to Patterson Pringle. Children of Scottish settlers attended the simple school, then in District 139. Enrollment fluctuated between 10 and 25 students until the 1940s.

The school building was purchased by Melba Brewington, a Chicago connoisseur of antiques, art, and glassware. She used the building as a home until her death in 1967, when it was purchased by the DiBona family of Marengo. The McHenry County Historical Society acquired Pringle School from Laurie DiBona in November 2002.

Donations and volunteer efforts are necessary to repair and restore the foyer and adjoining storage/cloakroom area. For information or to buy tickets, visit www.GotHistory.org or call 815-923-2267. Tickets ordered in advance online will be available at the admission desk a half hour before each performance.