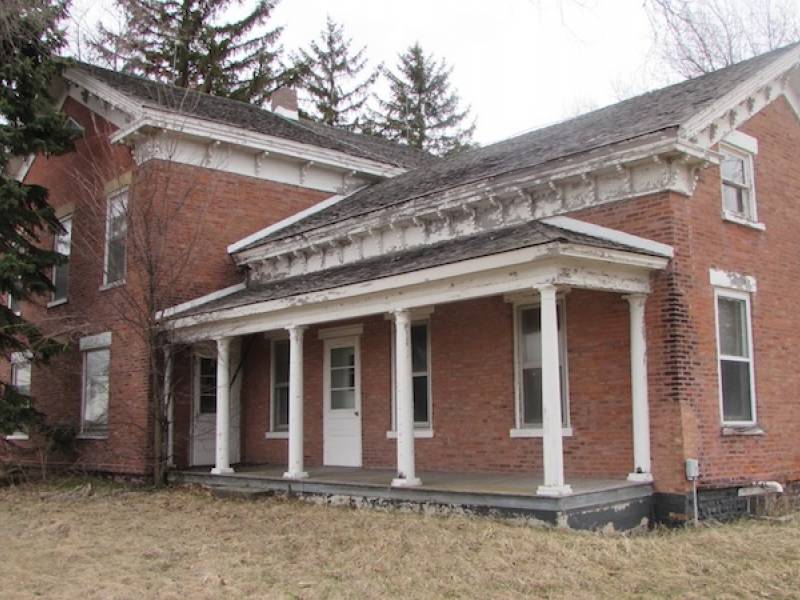 The McHenry County Board voted 15-5 May 3 to landmark  the William H. Coventry House & Barn, located at 7704 Route 14, in Harvard. The vote followed an unsuccessful attempt to postpone consideration for a second straight month, before board members Andrew Gasser and Donna Kurtz spoke passionately about right of McHenry County residents and their respresentatives to determine what is worthy of local historical landmark status and what is not.

The 1855 house and its outbuildings were purchased in 1994 by Motorola, which had planned to build a 1.5- million-square-foot cellular telephone manufacturing and distribution facility on a site encompassing the historic structures. While the promise of employment and a huge economic boost outweighed the price of losing a piece of local history for many Harvard residents, a vocal group of concerned citizens joined the McHenry County Historical Society in lobbying to save the historic structures. Motorola, in consultation with engineers and historic architects, agreed to restore the house and barn structures as housing for visiting executives.

When Motorola abruptly shuttered its Harvard facility in 2003, the future of the Coventry farmstead became even more unclear. The massive site’s current owner has allowed both the Motorola campus and the Coventry buildings to deteriorate significantly, diminishing the property value and placing the historic residence and barn in danger. Local preservationists have solicited volunteers from the Harvard community in the past to make minor repairs, but without unfettered access to this pivotal, privately owned property, any lasting solution to this point has remained elusive.

Long-term rehabilitation plans would require new and dedicated ownership of this unique parcel. The city of Harvard is working with the new Chinese owner of the property, which bought the property and the peripheral Coventry farm during an April 20 auction. Gaining access to the property for an architectural assessment, as well as its long-term future, are questions that still must be worked out. As part of its inclusion on Landmarks Illinois’ 2015 Most Endangered List, the property qualifies for a free structural analysis.

Now in its 20th year, this statewide list calls attention to threatened historic resources in need of assistance in the form of responsible stewardship, creative reuse plans, and/or advances in public policy. The slow economic recovery, state budget crisis, and a lack of available financing continue to challenge historic sites  throughout Illinois.