Corn is more than meets the ear

Home » Corn is more than meets the ear 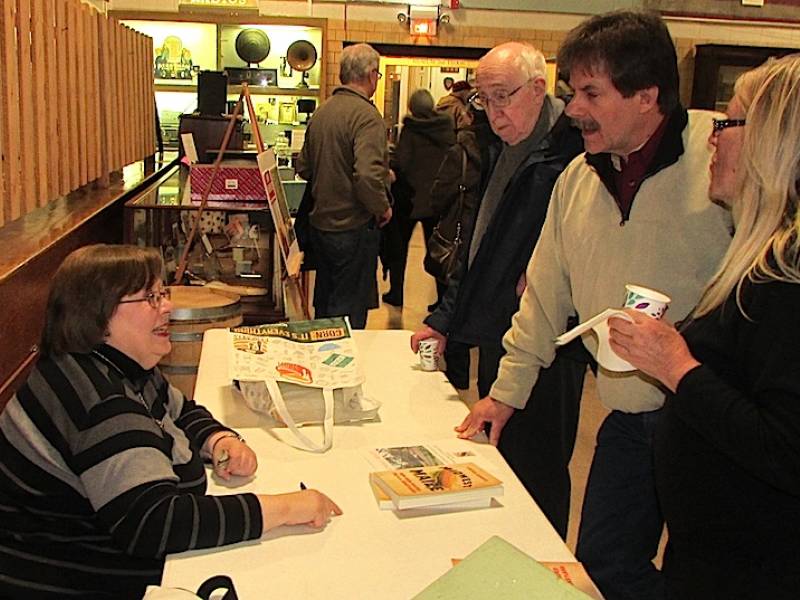 Corn is more than meets the ear

Corn, which began as a weedy grass growing in Mexico, possesses a strange trait known as a “jumping gene.” Over time it transformed itself into a cereal grass that we’ve come to know as maize, and then as corn.

"From the time of the first contact, there have been more than 2,000 varieties of corn," Clampitt said. "It keeps doing stuff. It keeps mutating."

Varieties include popcorn, the "hard starch" flint corn, flour corn, dent corn (hard starch on the outside, soft starch inside), sweet corn and the wild pod corn. It has been used in products ranging from starch to cereal, decorations to syrup; sweeteners to animal feed to fuel. It stores well, ships well and provides tremendous bang for the buck.

"All you really needed was a bag of corn and an ax," Clampitt said of the early pioneers. "One seed gives you a half pound of food. And once you got here and got your corn in the ground you could start eating it right away. ... Corn was perfect for the frontier."

Illinois is second only to Iowa, as an American corn-growing state. And McHenry County outpaces all other collar counties in corn production. Illinois and corn are inexorably linked, yet few realize its historic impact and why it remains so vital today.

From vampires to the Chicago Bears to Henry Ford. Corn is involved in everything,” Clampitt said. “The people who settled here learned corn culture from the Native Americans, and part of that corn culture is how to free up niacin.”

Indians knew that alkali – such as from wood ash – and lime, or calcium carbonate, are needed to liberate the essential B vitamin. But the not all of the Europeans who adopted corn as a staple followed such practices. That led to “pellagra,” a disease caused by niacin deficiency. Among its many symptoms is sensitivity to light.

“Five hundred years ago one of the countries that glommed on to corn was Romania,” Clampitt said. “The peasants who had been eating millet – which tastes like a combination of dust and potting soil – got access to corn and pellagra became a big problem.”

“There are these little pieces that people don’t know about,” Clampitt said. “Corn is in our literature, poetry and music.”

About 25 years ago the Palatine resident began writing combining her passion for food and travel, with a love of history. She wrote about travel and food for magazines, as well as a food history column. She also wrote “real history” for textbooks, and worked for the likes of the Colonial Williamsburg Foundation in Virginia and National Geographic Learning. But slowly, she began to refocus on home.

“I started to realize that the Midwest is pretty cool. It’s a fabulous region and it is seriously neglected,” Clampitt said. “Someone had to stand up for the Midwest and it might as well be me.”

One outcome of those efforts was her 2015 book, “Midwest Maize.” She also blogs about her food and travel experiences on www.midwestmaize.com.

“If you travel a lot and read a lot of history, you realize that food is the motivator or the fuel for pretty much everything that has ever happened,” Clampitt said. “It is the story of the United States. … It’s part of the literature and culture; everything around you. People need to know."

“How Corn Changed itself and then Changed Everything Else" was made possible by a grant from Illinois Humanities.