WITCHES AND WIZARDS OF WOODSTOCK - OCT. 24 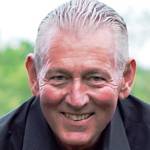 A native of Wheeling, Bob’s keen interest in history reaches back to his childhood. For the past four decades, he has amassed a significant collection of historical signatures and documents from all areas of interest. They include those of presidents James Madison,James Monroe, Franklin D. Roosevelt and Theodore Roosevelt; as well as Eleanor Roosevelt, William H Seward, John Jay, Oliver Ellsworth, and many others.

Bob recently sold his company, Radicom, Inc. in McHenry, retired as CEO and President, and moved to Cary. Bob earned a bachelor's degree in liberal arts, with a concentration in history, from Roosevelt University, and a master's degree in communicationsNorthwestern University.

Prior to his acquisition of Radicom, Inc. in 2006, Bob held various executive management roles with technology leaders Digital Equipment Corp., OCE-USA, and Comdisco. Hecurrently serves as the vice chairman of the McHenry County Workforce Network Board; as past president and treasurer of the Northwestern University MSC Alumni Association, and as an allocation panelist for the United Way of Greater McHenry County. In 2014, Bob’s firm, Radicom,  received the McHenry County Economic Development Corp.s Business Champion of the Year Award, recognizing the company’s contributions to the county.