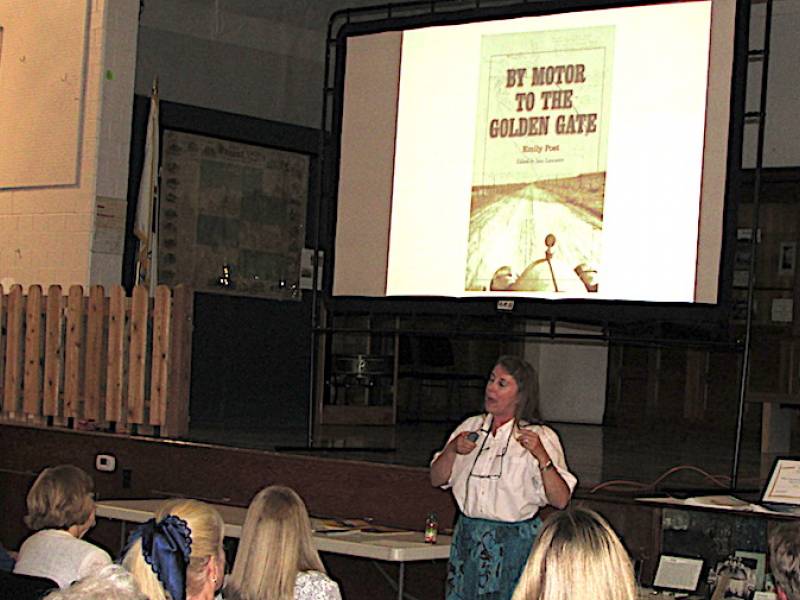 President Woodrow Wilson managed to tolerate the women who pestered him for support in their quest for voting rights ... up to a point.

"When they started holding up 'Kaiser Wilson' signs, that's when things went over the edge," said Kay Shelton Kozak, an anthropology instructor at Kishwaukee College  and the featured speaker at Aug. 19 annual meeting of the McHenry County Historical Society & Museum.

Kozak presented “The Women’s Suffrage Movement and Good Roads Movement in Illinois” at the McHenry County Historical Museum in Union. She discussed the important link between improved roads and the campaign for women's rights, and how suffragetttes (and budding drivers) used these arterials to leverage change in a rather insular political system. Emily Post and Anita Kay were just two of the more celebrated supporters who drove across the country, backed by automobile manufactureres, in order to campaign for the 19th Amendment. Some 8,000 people gathered in Washington, D.C. for the 1913 Woman's Suffrage Procession. These efforts first resulted in partial ballots for women (local and national races, but not state candidates) and then full voting rights – although, in many cases, with certain exceptions for minorities.

The 19th Amendment, which gave women the vote, passed the U.S. House in 1918 with a slim, two-thirds vote. Two weeks later the Senate followed suit. When Tennessee became the 36th state to ratify the amendment on Aug. 18, 1920, securing the necessary three quarter majority to become law. Illinois was the first state east of the Mississippi River to pass it.

The lecture was prceded by a short business meeting that included committe reports, dissemination fo the organizaiton's new strategic plan (available on this site) and presentation of the Nancy Fike Scholarship by its namesake to Woodstock North High School graduate Kaitlin McCann. 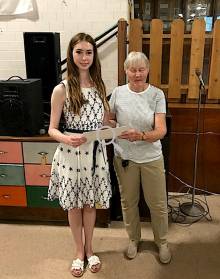